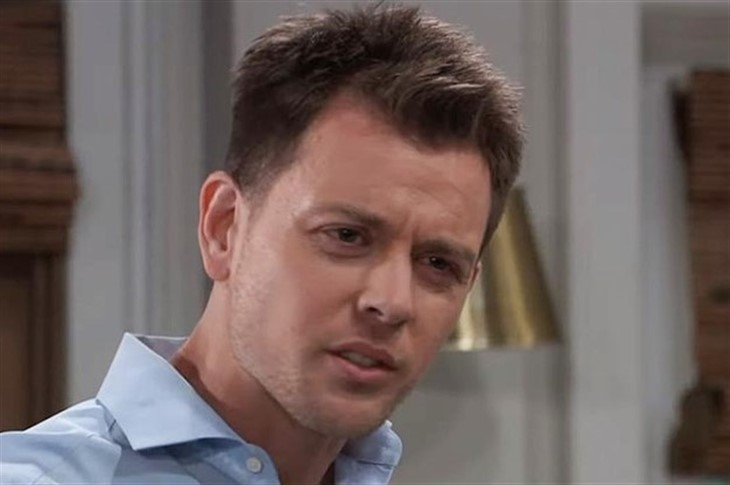 General Hospital spoilers and updates tease that Michael Corinthos (Chad Duell) goes too far with his Sonny Corinthos (Maurice Benard) hate! He could do something that gets Sonny arrested in a future GH episode and bring on a mob war for his territory!

It seems that Michael is just madder and madder at Sonny every day, and it’s all connected to his relationship with Nina Reeves (Cynthia Watros)! Dante Falconeri (Dominic Zamprogna) even tried to get Michael to make peace with Sonny, to no avail; and it’s not the first time that Michael cut Sonny off! Michael even changed his name to Quartermaine when Sonny killed AJ Quartermaine (Sean Kanan) his birth father some years ago!

Michael wants to destroy any and everything Sonny and rip away any sense of legitimacy and make sure that Sonny pays for his sins. But Michael is no saint himself – he’s done prison time for killing his stepmother, who is he to be so self-righteous?

GH Spoilers – Why Does Michael Corinthos Have To Trash Sonny Corinthos?

Dante can’t understand why Michael achieving his goals requires him to trash Sonny and make him fall so Michael can rise, and included in that is turning Sonny in for crimes! Going forward, Sonny won’t have anywhere to hide if he messes up, it’s just a shame that Jason Morgan (Steve Burton) isn’t around to give Michael a good talking to! Jason would never stand for that duplicitous high horse attitude, you’d think Michael was really a Cassadine although the Quartermaines aren’t saints either! It wasn’t exactly righteous and upstanding when Michael paid off that attorney in Pennsylvania who was running for office with a campaign donation – some people would call that a bribe!

Michael should harbor no delusions about what could happen if his exposing Sonny led to a mob war over his territory! It wasn’t all that long ago that his own mother Carly Corinthos (Laura Wright) could have been killed when Cyrus Renault (Jeff Kober) tried to take over. She would have, had Brando Corbin (Johnny Wactor) not been in the right place at the right time to save her!

But is Michael really thinking how vulnerable his little sisters, Donna Corinthos (Arya and Ayla Dormiani) and Avery Jerome-Corinthos (Ava and Grace Scarola) are, and Wiley Corinthos (Viron Weaver)? A rival mob won’t care about adoption or divorce status – they’ll be looking for anyone with the name Corinthos to target!

Michael only has to look to his past to see what the future could be like if he removes Sonny’s presence from Port Charles. It could very well be worse than when Sonny was presumed dead and no Jason around to protect them. When Michael and his brother Morgan Corinthos (Bryan Craig) were little boys, Carly feared so much for their lives she sent Morgan away to boarding school! Michael has always been an impulsive hothead who doesn’t always think ahead how his actions could affect others, and he could very well unleash something he will live to regret!