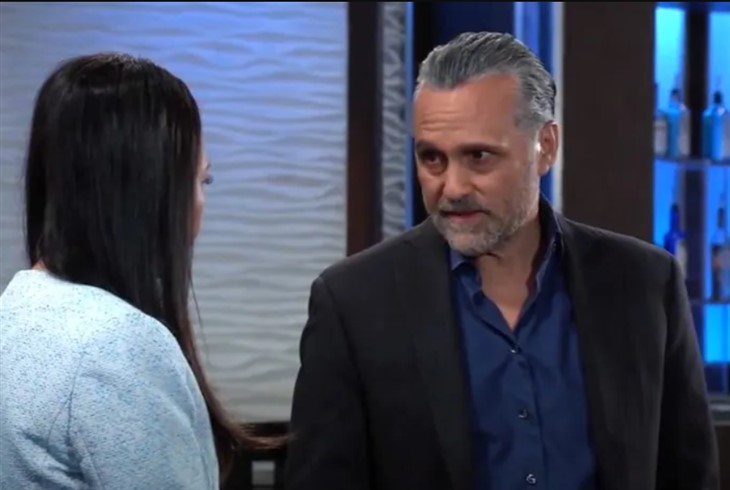 General Hospital (GH) spoilers tease that Sonny Corinthos (Maurice Bernard) has seemed a bit more lenient when it comes to his business interests in Port Charles ever since he returned from Nixon Falls. And fellow mobster Selina Wu (Lydia Look) seems to be taking advantage of Sonny’s new demeanor. She has brokered a deal with Sonny to not only have access to the docks, but also to bring gaming back to Port Charles. Sonny has made it clear that Selina can’t bring drugs into town via the docks nor can there be any drugs at the high stakes poker games that Selina wants to host at the Savoy,

General Hospital Spoilers – Curtis Ashford Has Refused The Use Of The Savoy To Selina Wu.

Selina has approached Curtis Ashford (Donnell Turner) several times asking to use the Savoy for her poker nights. She also plans to have her nephew, Brad Cooper (Perry Shen) facilitate the games. Up until now, Curtis has refused Selina’s requests. But she keeps asking and Curtis may give in if she keeps pushing. But is Selina really on the up and up? Or does she plan to take advantage of Sonny’s current good will?

Although she has assured Sonny several times that she will abide by his wishes regarding drugs, one has to wonder if she isn’t trying to put one over on Sonny. Selina has bought shares in Deception and she seems to want her nephew, Brad Cooper (Perry Shen) working exclusively for her. It seems that Selina may want to take advantage of Brad’s lab skills and possibly Deception’s lab to possibly manufacture drugs under Sonny’s nose.

Sonny may seem more benign than he used to be, but he is deadly serious about not having drugs in Port Charles. He will shut Selina’s operations down in a heartbeat if she is deceiving him in any way. And Sonny won’t hesitate to retaliate, no matter how amicable their partnership has been up until now.

Is Selina being completely truthful with Sonny? Or does she have something else planned? Does Selina want to bring drugs into Port Charles? Anything can happen in Port Charles so stay tuned to General Hospital airing weekdays on ABC. And don’t forget to check back right here regularly for all your General Hospital news, information and spoilers!