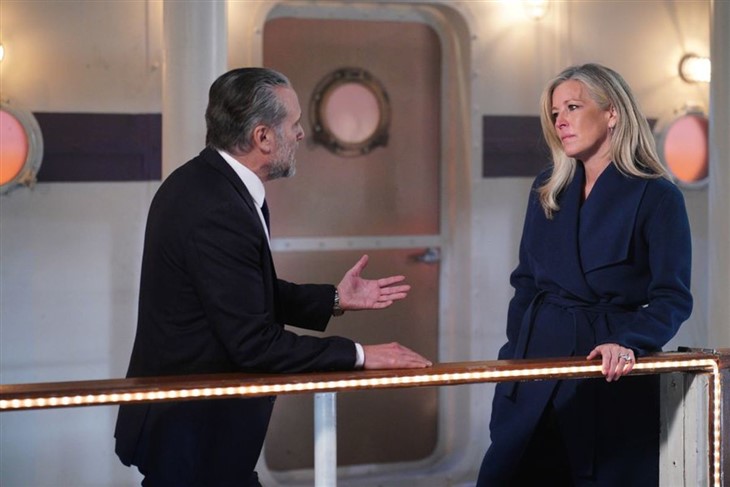 General Hospital (GH) spoilers tease that Monica Quartermaine’s (Leslie Charleson) decision to have Jason Morgan (Steve Burton) legally declared dead was to give his family, particularly his children, a sense of closure. Monica is planning a memorial service so that friends and family can say goodbye to Jason once and for all. Carly Corinthos (Laura Wright) and Sonny Corinthos (Maurice Bernard) may have ended their marriage, but they both loved Jason.

Carly and Jason were always there for each other no matter what. Although they had a sexual relationship early on, they put that aside in favor of friendship. No matter what kind of trouble Carly would find herself in, Jason always came to her rescue. And it went both ways. When Jason needed a transfusion, Carly opened up her veins without a second thought. Things became even more complicated when Sonny was believed to be dead. Carly and Jason actually got married to maintain the Corinthos family within the Five Families. They would have consummated their marriage had Sonny not returned.

Jason and Sonny were very close as well. Jason served as Sonny’s right hand man for years, and even took over for Sonny when he wasn’t around. But Jason was more than just an employee. The two of them loved each other like brothers. If any other man had married Carly, they might not be standing today. But Sonny understood how close Jason and Carly were and for the sake of his friendship with Jason, he let it go!

General Hospital Spoilers – A Time To Come Together!

So now that Sonny and Carly are no longer together, there aren’t many things they share. They have their children of course. But they also share a deep sense of loss over the man who meant so much to them both. Saying goodbye to Jason won’t be easy, so look for Carly and Sonny to lean on each other. They know it’s what Jason would have wanted.

Will Sonny and Carly mourn Jason together? Will they share memories of their time with Jason? Can they really say goodbye?Anything can happen in Port Charles so stay tuned to General Hospital airing weekdays on ABC. And don’t forget to check back right here regularly for all your General Hospital news, information and spoilers!