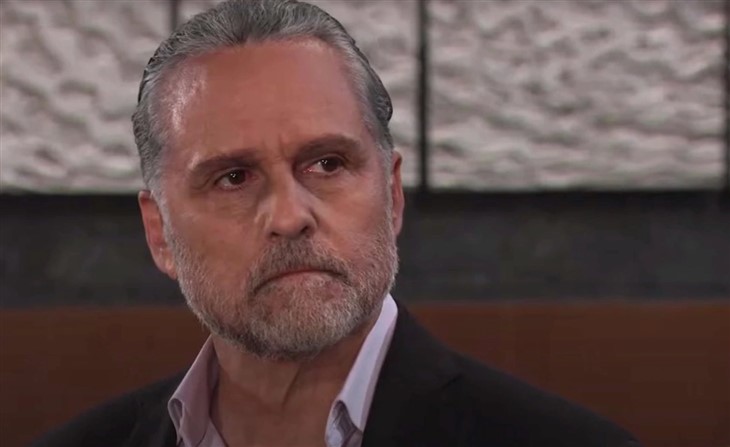 General Hospital (GH) spoilers and updates reveal Michael Corinthos (Chad Duell) has declared war on Sonny Corinthos (Maurice Benard) and he is preparing to respond. However, Sonny’s right-hand man, Jason Morgan (ex-Steve Burton) is no longer around to defuse the situation. will Sonny recruit Brando Corbin (Johnny Wactor) to fill that role?

General Hospital’s Brando saved Carly Corinthos’ (Laura Wright) life the first day he was in Port Charles. Brando has been a big help to both Sonny and Jason. Brando might have been in the organization a long time ago if he wasn’t trying to protect his son who died not long after his birth. However, Sonny has been very good to Brando and he’s not going to leave Sonny vulnerable to outside forces when he can help. Brando recently stepped in and saved Sonny from a robbery at Charlie’s Pub. Sonny and Brando have had a strong connection for some time. Brando can also give Sonny insight into his later father who was never around for Sonny. Sonny genuinely likes Brando and wants him to have the best.

GH Spoilers – Sasha Gilmore Is Spiraling Out Of Control

General Hospital’s Sasha Gilmore (Sofia Mattsson) is back on drugs after she overdosed months ago and had a heart attack. Sasha has lost her son and doesn’t know how to handle that loss. Sasha is the face of Deception which requires her to be in the public eye. Unfortunately, Sasha is not comfortable in the spotlight and needs something to help her. Sasha’s drug use is the reason she was running from the photographer the night she hit Harmony Miller (ex-Inga Cadrenal). Now the photographer is supplying Sasha with drugs, how long before she spirals out of control?

General Hospital Spoilers – Brando Corbin Is Caught In The Middle

General Hospital’s Brando is caught in the middle of this whole situation. Brando has Sonny’s back no matter what but could easily get distracted if Sasha lands in trouble. Gladys Corbin (Bonnie Burrough) is trying to deal with Sasha’s situation alone which could land her and Sasha in grave danger. Will Brando be forced to choose between saving Sonny or saving his wife? Perhaps Gladys should open up to Brando so Sonny can take care of the drug pushers.

Sasha or Gladys could end up in the middle of a drug deal and on the wrong side of either Sonny or Brando’s gun. Could Brando end up killing his wife or mother while trying to take down drug pushers? Brando being in Sonny’s organization doesn’t bode well with his marriage. Will Brando be forced to choose?