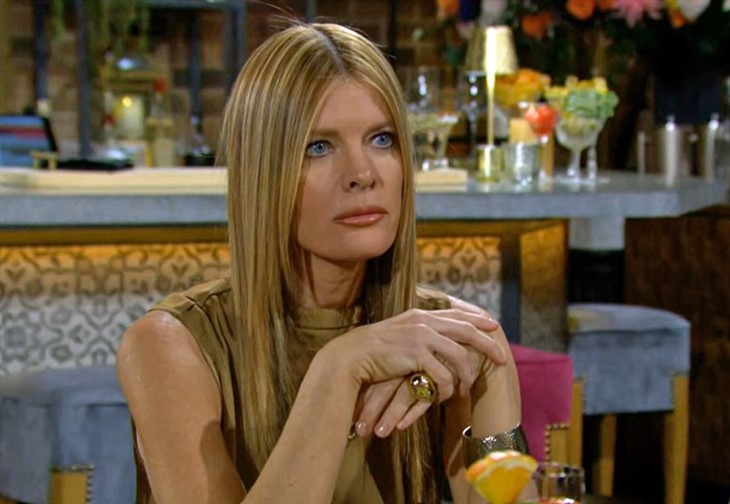 The Young and the Restless (Y&R) spoilers reveal that Phyllis Summers (Michelle Stafford) will step up her plan to get rid of Diane Jenkins (Susan Walters). Phyllis recruits Summer Newman-Abbott (Allison Lanier) in a new plan to solve their problem. However, Phyllis and Summer’s scheme could backfire.

The Young And The Restless Spoilers – Phyllis Summers’ Bold Move

Y&R spoilers reveal that Phyllis was undecided about Jack Abbott (Peter Bergman). Phyllis and Jack both have romantic feelings for one another. However, Phyllis didn’t want to hurt Jack as she had done so many times before. The friendship was too important to risk but that has changed.

Now that Diane is in Genoa City and has her sights on Jack, Phyllis has moved forward. Phyllis surprised Jack with a kiss after Mariah Copeland (Camryn Grimes) and Tessa Porter’s (Cait Fairbanks) wedding. Then, “Phack” went to the bedroom.

Diane is clearly interested in getting Jack back. That was clear when she made her comment to Jack about Phyllis after “Phack” became intimate. However, Diane insists that her only intention is to have a relationship with her son, Kyle Abbott (Michael Mealor).

Diane and Summer exchanged words at the “Teriah” wedding. Diane made her speech about being a different woman now. When Summer said abandoning Kyle as a boy was terrible, Diane agreed with her. After the tense conversation, Summer talked to Phyllis about it. Summer admitted having a bad feeling about Diane.

The Young And The Restless Spoilers – Diane Jenkins Elimination Plan

The Young and the Restless spoilers for the week of May 23 reveal that Phyllis will come up with a new Diane elimination plan. Phyllis ropes Summer into the scheme, and the two will get to work getting rid of Diane. While they both want to protect Jack and Kyle, they need to be careful. As fans know, Diane already has a plan of her own.

It is teased that Phyllis and Summer’s plan could backfire in unexpected ways. Even though Jack doesn’t trust Diane, he also feels that Kyle needs closure. Jack has already called Phyllis out on pushing Diane out before Kyle is ready.

Meanwhile, Summer says she will support whatever decision Kyle makes about his mother. The thing is that Diane has a way to manipulate situations to make herself look like a victim.