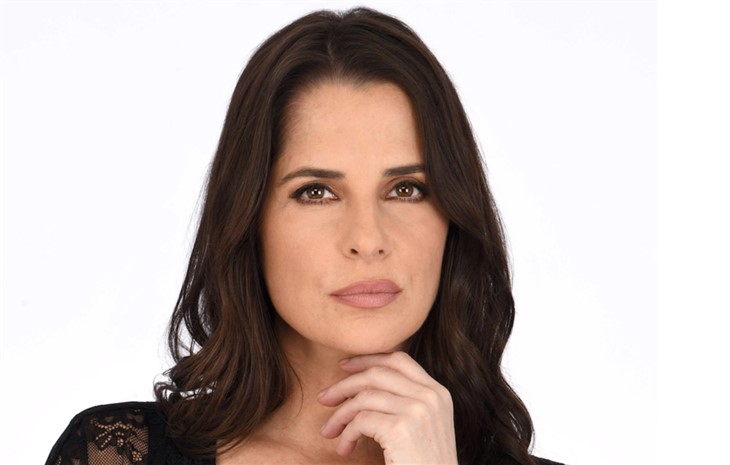 General Hospital’s Kelly Monaco (Sam McCall) may be hot but it certainly got a little warmer than usual at her house when a lit cigarette spark caused her home to catch fire. Of course, Frank Valentini Executive producer of G.H. didn’t know this when he tweeted yesterday that Kelly was “on fire today.”

General Hospital Spoilers – A Cigarette On The Lawn

According to posts on Twitter, a man threw a cigarette onto Monaco’s lawn which managed to spark a fire that got to her house before it was discovered. Fans indicate that Kelly is ok but her house is not. Fans believe that the house will need to be rebuilt even though there is not an estimate available on the cost of the damage as of yet. General Hospital spoilers indicate that the house may be a total loss leaving Monaco to have to rebuild or find a new home. Thankfully Kelly is ok although the loss will be a hard one to take.

General Hospital fans seem to be drawn to the pairing of Sam and Dante Falconeri (Dominic Zamprogna). Sam has also been back in PI mode lately which keeps her from interfering in things like her mother’s personal life. Of course, Sam was right on the money when it came to Harmony Miller (ex-Inga Cadrenal).

Now that Sam is investigating Esme Prince (Avery Kristen Pohl), she could certainly put herself and her children in harm’s way. Ryan Chamberlain (Jon Lindstrom) is a very dangerous man that Sam probably doesn’t want to cross. Will Sam be able to stop Esme before she hurts anyone else?

General Hospital’s Kelly has the support of everyone at ABC during this difficult time. Kelly has been with ABC since she joined Port Charles as Livvie Locke in 1999. Kelly has been on General Hospital since October 2003 and has been nominated for two Emmys while there. Reports say that Monaco is doing well after this harrowing ordeal. Of course, Kelly is in the thoughts of all of her fans as she works her way through this. Monaco is a fan favorite and she has plenty of support on Social Media.

The news of the fire was shared on Twitter by a fan who reassured everyone that she was ok. “Did you see the news about Kelly Monaco’s house burning down because someone threw cigarette in her backyard? thankfully she is alright,” shared by @Vivian25879573. @flawless_heart2 posted “Our girl is okay. That’s all matters to me. House can be rebuilt. Shit is scary. This is the exact way my aunt and uncle’s house caught fire a cigarette butt near their house. So glad she is okay. Much love to Kelly right now.”

We will keep you posted as more information becomes available.