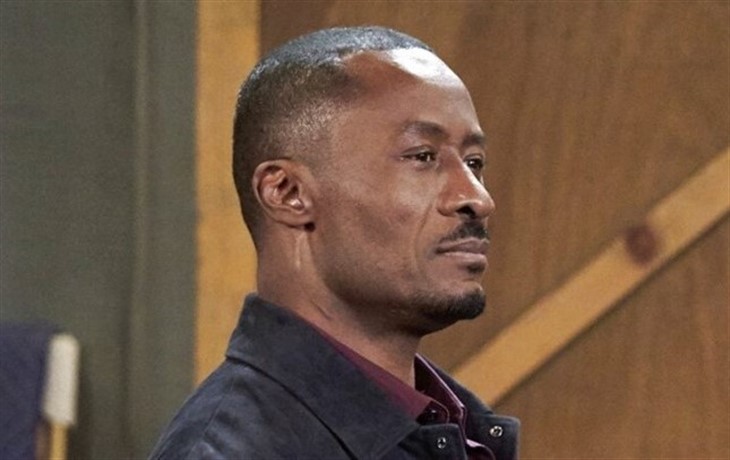 General Hospital viewers will note that Marshall knows an awful lot about his family for having been “dead” for so many years, much more than they know about him! General Hospital viewers know that the internet may not have been around as long as Marshall was gone, so there are big questions about how he kept up! When Marshall came on music business to The Invader office to find Shawn and TJ Ashford (Tajh Bellow) talking, he knew his other son Tommy Ashford (uncast character) was killed by Shawn! But he didn’t know the whole story and that it was friendly fire, Tommy having suffered from post-traumatic stress disorder, so that lets Stella Henry (Vernee Watson) out as his source!

General Hospital viewers know that Shawn is protective of TJ, and the secret about Shawn being TJ’s birth father came out years ago. General Hospital viewers will remember that Marshall also knew about that secret, although that information could have possibly come from Stella-if she knew how to contact him, or he had contacted her. Viewers will remember that Stella really had it in for Jordan Ashford (most recently Briana Nicole Henry) when she first came to Port Charles, and did not want Curtis and Jordan together! If Stella had been in communication with Marshall during all those years, she’d have told him about that but more than likely she was not.

Longtime General Hospital viewers will recall that Shawn has worked as a private investigator in the past, as has Curtis! Shawn was Sam McCall’s (Kelly Monaco) partner at one time after Damian Spinelli (Bradford Anderson) had left Port Charles, and before Shawn got arrested for Hayden Barnes’ (Rebecca Budig) shooting. Shawn has the skills and since he bought “The Invader” he also has the technology and the tools to do deep dives on the Internet – especially if there was any investigative reporting to be done. Curtis and Drew Cain (Cameron Mathison) are also trying to find out about Marshall’s missing years, and the three may team up to find answers on the mysterious Marshall.

General Hospital viewers know that although Stella knew Marshall faked his death, she certainly doesn’t know the whole story. It is more likely that the two weren’t in contact, or at least not very often because she had commented to him about where he was all those years. It is as much of a puzzle to General Hospital viewers as it is to Curtis, Shawn and Drew where Marshall was all those years. It’s obvious that he lived under assumed names but how he knew so much about what had happened to his family while he was gone is still a huge mystery to be solved!