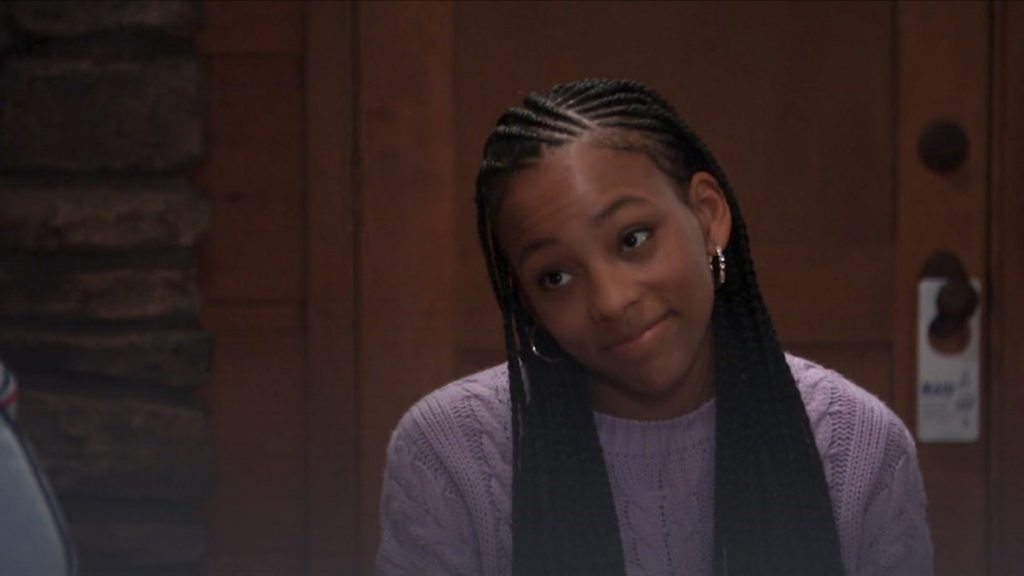 General Hospital (GH) spoilers tease that Trina Robinson (Sydney MiKayla) and Curtis Ashford (Donnell Turner) didn’t exactly hit it off during their first encounter. Curtis thought that Trina was in her phone to much and told her so! Trina for her part, shut down Curtis’ questions. Curtis didn’t help matters by practically accusing Trina of taking a bribe from Nikolas Cassadine (Marcus Coloma), who broke into the gallery and was busted by Trina.

The two will continue to spar

Look for the Curtis and Trina’s relationship to remain contentious in the near future. As viewers know, this usually means that it will turn out the Trina and Curtis are related in some way. This won’t come as a complete surprise though, because viewers know that both Trina and Curtis’ aunt, Stella Henry (Vernae Watson-Johnson) took one of those DNA tests and they both found a close match! Stella eventually told Curtis that the relative was a distant cousin, but the DNA test shows a much closer relation.

Suddenly Stella made a quick getaway

At first, Stella was interested in discovering her long-lost relative, but very quickly she did an about face and even left the country? Did Stella somehow find out about Trina? Perhaps that she is Curtis’ daughter? Stella may not have wanted to keep such a secret from her nephew, so she made up a story about the relative actually being a distant cousin from Europe. Stella is still there for now, but when she comes back it seems unlikely she will keep whatever the secret it.

Truth will come out!

No matter why Stella suddenly left town, if she is now privy to a secret about Trina, it will come out sooner rather than later. Perhaps Trina’s mother tracked Stella down and told her the whole story. Regardless, secrets never stay hidden in Port Charles, so stay tuned to General Hospital airing weekdays on ABC. And don’t forget to check back here regularly for all your General Hospital news, information and spoilers!

‘The Young and the Restless’ Spoilers: Summer And Theo Continue Battling While Kola Is Calling The Shots

General Hospital Spoilers: Is Nikolas Still Married To Hayden? How Will Ava React?