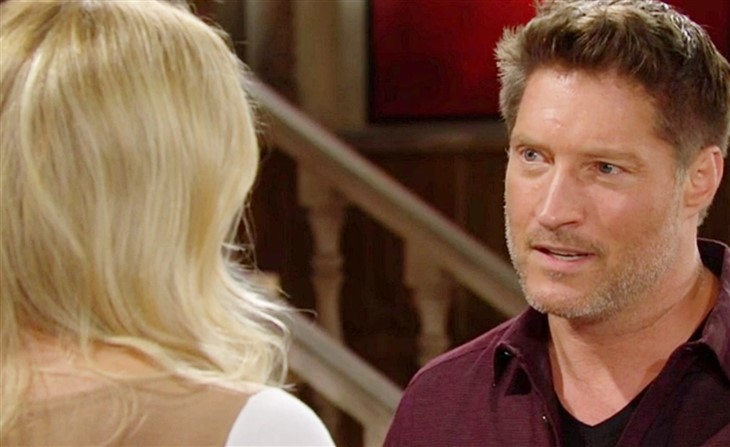 Viewers of The Bold and The Beautiful will recall that Sheila Carter (Kimberlin Brown) was angered by Brooke’s hateful response about Sheila getting time with her family for Christmas. Sheila was inspired by seeing the bottle of non-alcoholic champagne at Il Giardino, and took some real champagne and switched labels with the non-alcoholic champagne. The switched bottle was delivered to Brooke’s house, and Deacon had spent some time with Brooke and Hope Spencer (Annika Noelle) while Ridge Forrester was out of town. Viewers of The Bold and The Beautiful know that Ridge can’t stand Deacon, so his trip was convenient although he couldn’t make it back because of weather. Deacon left his phone and came back to Brooke’s, they started drinking out of the switched champagne, and Sheila’s revenge became Brooke’s nightmare!

Viewers of The Bold and The Beautiful will recall that against his better judgment, Deacon started drinking with Brooke as she started hitting the vodka! Deacon could tell Brooke was already quite tipsy, but when she was standing there in lingerie and didn’t want to be alone for New Year’s Eve, he gave in! Brooke continued to egg him on and the two of them drank, and drank, and drank until they both were so inebriated they fell into bed. When they wake up the next morning, they’re in Brooke’s bed – him at the top, her hung over and not sure what happened because she blacked out-although she remembered the kissing part downstairs! Viewers of The Bold and The Beautiful know that there will be trouble with Ridge if he were to find out about this!

The Bold And The Beautiful Spoilers – Uh-Oh…Ridge Forrester Is On His Way!

As if waking up in the morning with Deacon in her bed and not remembering much of what happened wasn’t bad enough, there’s a text from Ridge on her phone! Viewers of The Bold and The Beautiful can imagine how panicked Brooke is when she sees the text, which says Ridge is on his way home! Brooke wants to clean up any evidence Deacon was there, and tell him to leave and never come back, because Ridge could arrive any time! Deacon is blindsided as she tells him he’s already caused enough trouble and viewers of The Bold and The Beautiful will see her send him on his way!

Once she’s alone, viewers of The Bold and The Beautiful will see Brooke trying to figure out what happened, feeling there’s something she’s missing! Brooke is confused, because she had been sober for so many years and doesn’t understand why she would be craving alcohol after all those years! Longtime viewers of The Bold and The Beautiful know she was an alcoholic for many years long ago, and she has no idea what she’ll tell Ridge or how she’ll explain! She’s upset with herself for drinking, but she is really afraid because Ridge will be much more upset if he were to find out Deacon spent the night with her!

Be sure to catch up on everything happening with Bold right now. Come back here often for The Bold and The Beautiful spoilers, news, and updates.