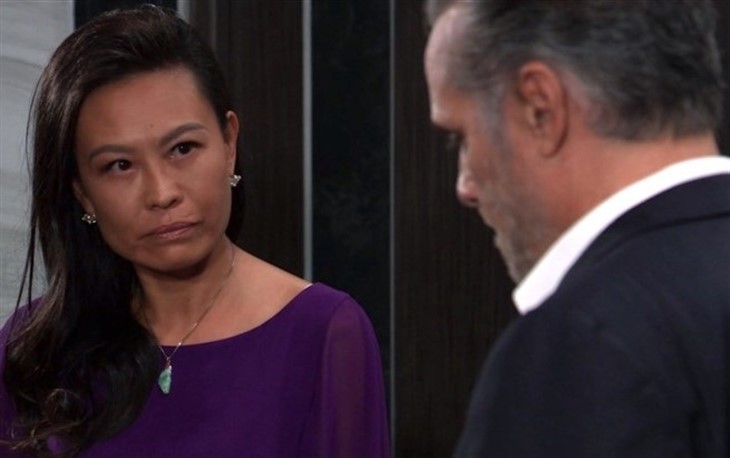 Drugs are flowing freely in Port Charles in spite of Cyrus Renault’s (Jeff Kober) takedown, and neither Selina nor Sonny wants drugs in Port Charles! Plus, Selina has heard about more drug dealer interlopers wanting to do “business” in Port Charles and they’re trying to make trouble at her poker games! Selina is concerned she’ll lose her poker room at The Savoy because one of Curtis Ashford’s (Donnell Turner) main points of agreement was no drugs, no mob danger!

It’s obvious that drug dealers are active in Port Charles, and some of Cyrus’ “graduates” are taking over the business he tried to get started in Sonny’s territory. Selina and Sonny are both concerned about that because they are all that are left of what once was The Five Families in the Port Charles territory!

Previous General Hospital episodes revealed that when Cyrus was trying to take over, there were overdoses and bodies everywhere; the drugs he was distributing were very dangerous. Some were experimental, and he nearly killed Sasha Gilmore (Sofia Mattsson) with one of them that he gave to her in his apartment, and she had a heart attack! Neither Selina nor Sonny wants to see that kind of thing happening again – for one thing, every suspicious death will target them as suspects simply because of their mob affiliations. Nobody likes to be on the PCPD radar over everything that happens in Port Charles that even has the slightest possibility of being mob related-it’s bad for business!

Sonny has heard about some west coasters trying to make a name for themselves as a mob family also and tells Selina that Brick (Stephen A. Smith) warned him. Jennifer Smith (Holly Gagnier) did have that partner out on the West Coast that she was talking to on the phone about taking over her dad’s old territory. This was right before Valentin Cassadine (James Patrick Stuart) undercover as a French Naval captain found her and started to flirt – Jennifer’s in WSB custody, but her partner’s not.

Sonny used to work for Jennifer’s father and then took over his territory when he was taken down!  Selina and Sonny talk about Frank Smith (Mitchell Ryan) and who Jennifer’s partner might be, since Sonny was put in the loop about Jennifer.

Selina and Sonny resolve to team up to ramp up their protection against this West Coast threat and the drug dealer interlopers that have been making trouble recently. Selina has a couple of henchmen although not nearly as many as she needs – Sonny just hired a kid named Dex (Evan Hofer) to be an enforcer. Brando Corbin (Johnny Wactor) and Dante Falconeri (Dominic Zamprogna) are doing an exhaustive background check on him to make sure he’s not a plant. The last thing either of them needs is another Renault wannabe coming to town and stirring up trouble!