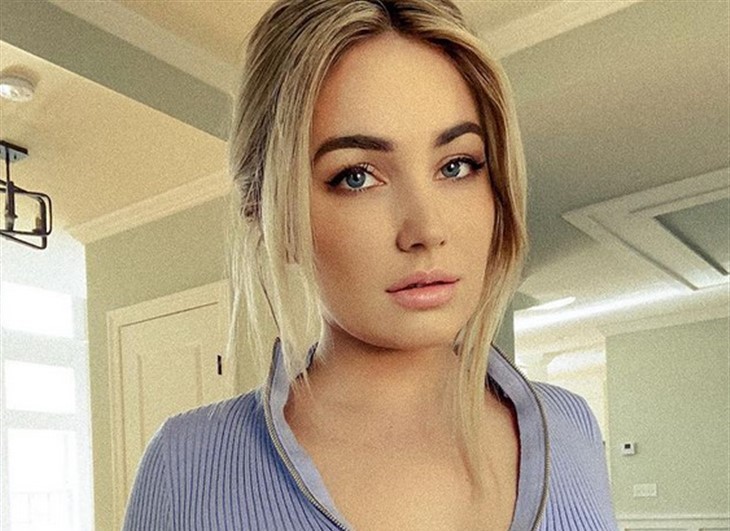 You have to hand it to Stephanie Matto – the former 90 Day Fiancé star has initiative when it comes to making money. First, we heard that she was making money selling her farts in a jar. Stephanie had to give up on that one as her health was suffering from eating too much fart-inducing food. Not to worry, however, as she is now selling her boob sweat in a jar online.

Former 90 Day Fiancé: Before the 90 Days star Stephanie Matto is making headlines yet again. After making more than $50,000 selling her farts in a jar online, she is now offering her customers something different. Matto is now selling glass tubes of her “ta ta” sweat online instead.

It was back in January that Stephanie let fans know that her days of selling farts were over. She actually ended up in hospital with chest pains and believed she was having a heart attack. However, after doctors examined her it was revealed that the pain was caused by the type of food she had to consume to create her money-making product.

Bizarrely, Stephanie has now come up with another unique product to sell to her potentially strange customers. She is now selling glass tubes of her boob sweat, charing anything from $300 to $500 per tube.

Now, Matto claims that she is once again “making thousands of dollars” from selling her bodily products. She has made the tubes of sweat available on Unfiltrd, the x-rated subscription site created by the 90 Day Fiancé alum herself. At the time, she told her fans that having her own subscription site means no one can take “20 percent” from her earnings.

Meanwhile, Stephanie announced the news on Instagram by posting a video announcing the sale of her newest product. In the clip, she says she has to spend her day out by the pool in the hot sun to produce enough sweat to sell. Reportedly, she can produce ten bottles of sweat, each taking 15 minutes to complete.

In her caption for the Instagram clip she compares herself to a maple tree, writing:

It ain’t easy work, but no one said it would be! Never thought I’d have this much in common with a maple tree! So excited to share these on my platform @unfiltrdofficial ❤ I get so creative with what I do on there! You can too.

However, according to TMZ, she had problems sunbathing in her backyard after a bear came to visit. She told the entertainment news site that she is planning to use some of her new earnings to buy herself a sauna to keep the sweat pouring out and the money coming in.

Readers, what do you think about the former 90 Day Fiancé star’s new way of making moolah? Let us know your thoughts by dropping a comment below.