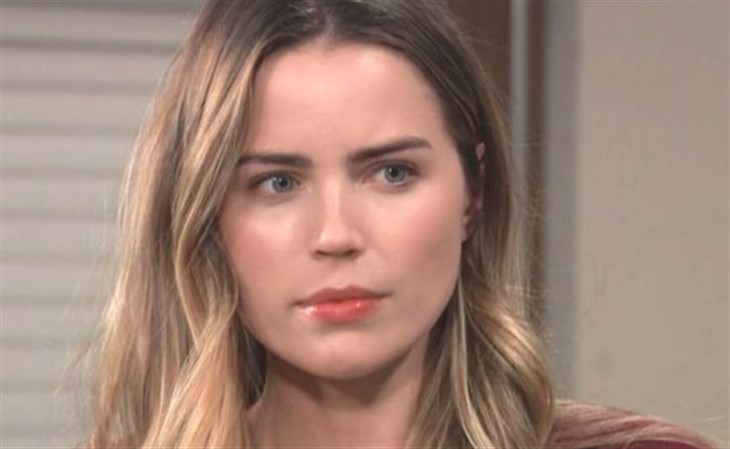 General Hospital (GH) spoilers tease that ever since she came to Port Charles, Sasha Gilmore (Sofia Mattsson) has had more than her share of tragedy. Although she came to Port Charles at the behest of Valentin Cassadine (James Patrick Stuart), who paid Sasha to impersonate Nina Reeves’ (Cynthia Watros) long-lost daughter; Sasha has more than paid for her duplicity over the last couple of years. But after all this tragedy, it’s time for Sasha to take control of her life and come out on top!

Sasha found love with Michael Corinthos (Chad Duell). But when it came time for Michael to fight for custody of his son, Sasha knew that with her history she would be a liability in a court case. So, she pretended to have an affair with Harrison Chase (Josh Swickard) to push Willow Tait (Katelyn MacMullen) toward Michael. The plan worked but unfortunately, Michael and Willow fell in love. She ended up turning to drugs at this point.

Sasha previously had been poisoned by Cassandra Pierce (Jessica Tuck) but luckily survived. Now fully addicted to cocaine, Sasha had an overdose and almost died. It was then that she met Brando Corbin (Johnny Wactor) and the two fell in love. She soon found out that she was pregnant and she and Brando looked forward to her new life. Sadly, both their unborn baby and later Brando has since died. Meanwhile, Sasha has turned back to drugs in order to cope.

After everything that has happened, it’s time for Sasha to take back her life. The first thing she needs to do is to kick the drug habit once again. It’s going to be difficult, especially now that Brando is dead but Sasha will find the strength. Then she can reclaim her place as the face of Deception. Eventually, Sasha will find love once again. It’s what Brando would want for her; Sasha just needs to find the strength within herself to reclaim her life! It won’t be the same, but hopefully, all the tragedy is finally behind her.

Has Sasha suffered enough? Can she finally kick the drug habit? What lies next for her? Anything can happen in Port Charles so stay tuned to General Hospital airing weekdays on ABC. And don’t forget to check back right here regularly for all your General Hospital news, information, and spoilers!