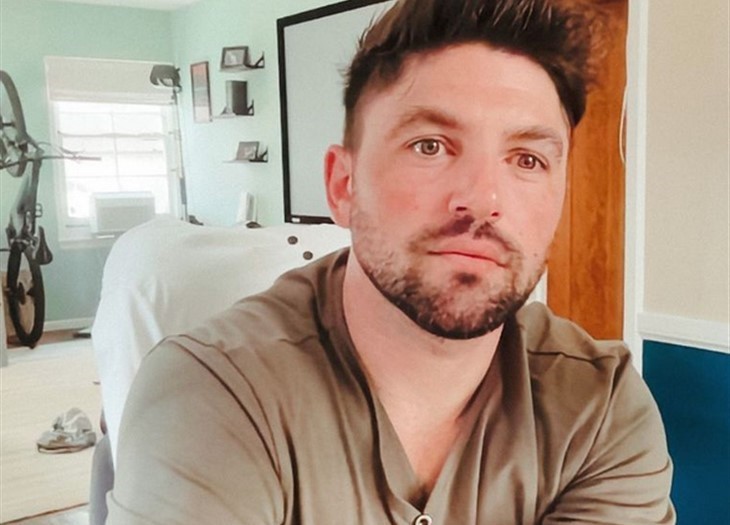 General Hospital comings and goings reveal the strange case of the rotating Michaels continuing as The Young and the Restless alum Robert Adamson (ex-Noah Newman) is back as Carly’s son.

During the Grandma War visitation hearing for Wiley between Michael Corinthos and Nina Reeves (Cynthia Watros), Michael got a new face for a few days when Robert Adamson took over the role from Chad Duell, who has been playing the character for over a decade, winning an Emmy along the way. Soon, Duell was back, but then he was gone again so we could see Adamson play the character in some pool scenes.

Well, Adamson is appearing as Michael once again on July 7. While it is not clear if the show has just been shooting scenes out of order or if Duell has had to take random days off with Adamson pinch-hitting at the last minute, it’s still a bit jarring to see a character change this often in just a few weeks.

GH Spoilers – What Might Robert Adamson Be Doing As Michael Corinthos?

Despite the ELQ and Aurora merger going south solely because Michael was being a jerk to Ned Quartermaine (Wally Kurth), Michael got some good news. Willow Tait (Katelyn MacMullen) is pregnant so he is set to be a dad again. However, that doesn’t mean he has given up his revenge plot against Sonny Corinthos (Maurice Benard).

Whether Adamson is playing him or Duell is playing him, Michael is walking around with a chip on his shoulder just because his father had an affair on his mother for at least the 10th time in his life. Michael cannot forgive this at all because this has to be Sonny’s worst offense in his mind. Being a mobster is apparently just fine.

He also seems to forget that Sonny is the man who killed his biological father, AJ Quartermaine, while also forgetting the only reason he has ELQ shares is that AJ was his dad and not Sonny. Michael has forgiven Sonny for murder, but he just can’t forgive him for what so far has been a one-night stand.

Next week, it looks like Michael’s revenge plot switches into high gear and a member of his family may pay the price with unintended detrimental consequences. Stay tuned to General Hospital weekdays to see Adamson as Michael once again.