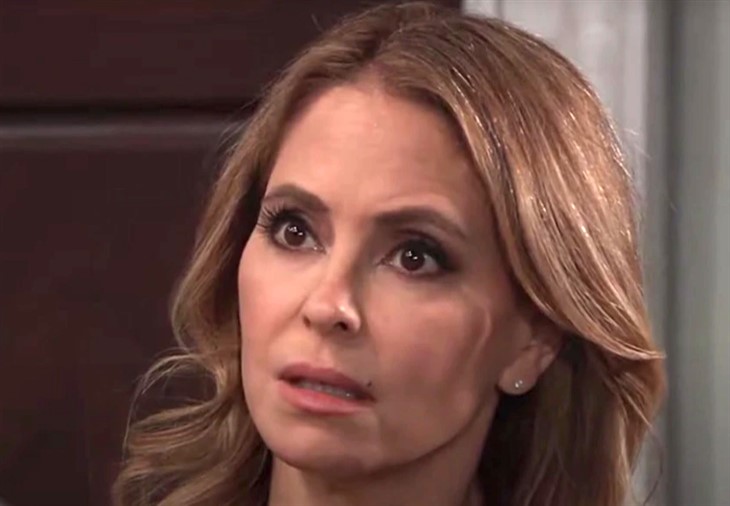 General Hospital spoilers tease that although it looked as though the Quartermaine family was coming together to oust Valentin Cassadine (James Patrick Stuart) from ELQ, Ned Quartermaine (Wally Kurth) shockingly sided with Valentin.

Now Valentin will not only continue to run ELQ as its CEO, but Ned will serve under Valentin as Chairman of the Board. Michael Quartermaine (Chad Duell) and Drew Cain (Cameron Mathison) were shocked by Ned’s turn, as was Ned’s daughter Brook Lynn Quartermaine (Amanda Setton). Now that leaves Olivia Falconeri (Lisa LoCicero), Ned’s wife, to help pick up the pieces!

General Hospital Spoilers – Ned Quartermaine Sided Against The Rest Of His Family!

In Ned’s mind, he did the right thing. ELQ has thrived under Valentin’s leadership. Michael and Drew’s plan to merge ELQ and Aurora Media seemingly didn’t have much for Ned to do so to Ned, he did the right thing. But Drew, Michael, and even Brook Lynn don’t agree and feel that Ned sold the family out. General Hospital spoilers say Olivia will have her work cut out for her in the coming days if she wants to unite the family!

The one thing that has always united the family in the past is a crisis. Willow Tait’s (Katelyn MacMullen) seems to be deteriorating quickly and Michael will certainly be focused on that in the coming days. But the rest of the family, including Ned, will rally in support of Michael. But Michael may have a hard time accepting anything Ned has to offer. And that’s where Olivia will have to step in.

Although Michael may never understand Ned’s seeming betrayal, Olivia will be there to convince him to accept Ned’s support as Willow faces an uncertain future. Look for her to give a rousing speech promoting family unity. Even though the family may never see eye to eye when it comes to ELQ, they all love each other and need to support each other when a crisis like Willow’s shows its head. So, with Olivia’s help, look for the Quartermaines to stand together in support of Michael and Willow in the coming days!

Did Ned make the right move? Can Drew and Michael get past Ned’s seeming betrayal? Will Olivia bring the family together in support of Michael and Willow? Anything can happen in Port Charles so stay tuned to General Hospital airing weekdays on ABC. And don’t forget to check back right here regularly for all your General Hospital news, information, and spoilers!