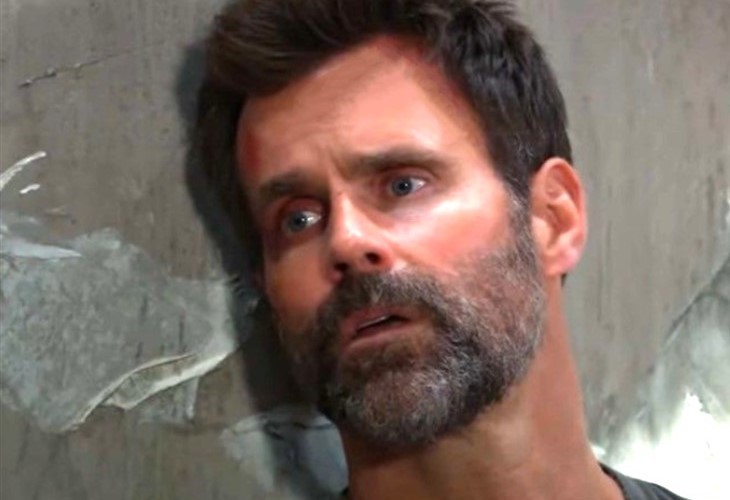 General Hospital (GH) spoilers and rumors tease that the Quartermaines will receive an unexpected surprise when Drew Cain (Cameron Mathison) arrives, but there will also be sadness – it is likely that Drew crashes the pizza party more to deliver terrible news to Monica Quartermaine (Leslie Charleson) in person in an upcoming episode of General Hospital!

General Hospital Spoilers And Rumors – Poor Monica Quartermaine, Why Is It Always “Gain One, Lose One”?

Many longtime General Hospital viewers had to be thinking when it was confirmed that Jason Morgan (Steve Burton) had almost certainly perished in the collapse of the tunnel under the Cassadine compound in Greece, poor Monica! It wasn’t long after Jason “died” the first time that it was revealed she had kept AJ Quartermaine (Sean Kanan) alive and faked his death, and he returned. General Hospital viewers will recall AJ was Monica’s only birth son, although she accepted both Jason and Drew as her own because they were all fathered by her late husband Alan Quartermaine (Stuart Damon).

Not long after AJ’s death, Robin Scorpio-Drake (Kimberly McCullough) thought she found Jason alive in stasis, and helped him out of the lab where they were both held against their will. Once they got back to Port Charles, “Jason’s” appearance and voice changed drastically, after Drew was run into by Ava Jerome, now Ava Cassadine (Maura West) who, ironically, rescued the real Jason from the Boronsky Clinic a couple of years later! Then it was revealed “Jason” was really Drew and they were once identical twins separated at birth. Now, Monica will again gain one son while facing the loss of another!

General Hospital viewers will see that Drew will arrive in time to interrupt a squabble, which as longtime General Hospital viewers know is just your standard Quartermaine Thanksgiving! They’re always fighting, and the fighting will cease when they see Drew walk in – but things will turn somber when they see the sadness in his eyes. Drew needs to talk to Monica – alone, even though there may be some questions right away about Jason.

One might think that either Anna Devane (Finola Hughes) or Dante Falconeri (Dominic Zamprogna) and Sam McCall (Kelly Monaco) would have contacted Monica, but considering Dante and Sam are having their first Thanksgiving as a couple elsewhere and Anna is busy comforting Valentin Cassadine (James Patrick Stuart) over his finding out he’s not “Bailey Quartermaine’s” (Harper and Scarlett Bloom) birth father, Drew brings the sad news in person. This Thanksgiving Day at the Quartermaines will be a mixed bag of emotions, for sure!

General Hospital viewers can expect that after breaking the news to Monica privately, he’ll come back into the dining room and catch his family who is there up on what happened to him during the time he was gone, and what happened that led to Jason’s almost certain death. General Hospital viewers will recall that Jason and Monica had become close – which was a feat in itself for Jason, who had shunned all things Quartermaine years ago when he had his initial traumatic brain injury.

Michael Corinthos (Chad Duell) will not find out right away about either Drew’s survival or Jason’s death; he, Willow Tait (Katelyn MacMullen) and Wiley Corinthos (Kyler and Caleb Ends) will be in New York City for the holiday. The remainder of the Quartermaines present will both grieve and rejoice, with one of them grieved yet again, probably for good, and rejoicing that one has returned alive after all.