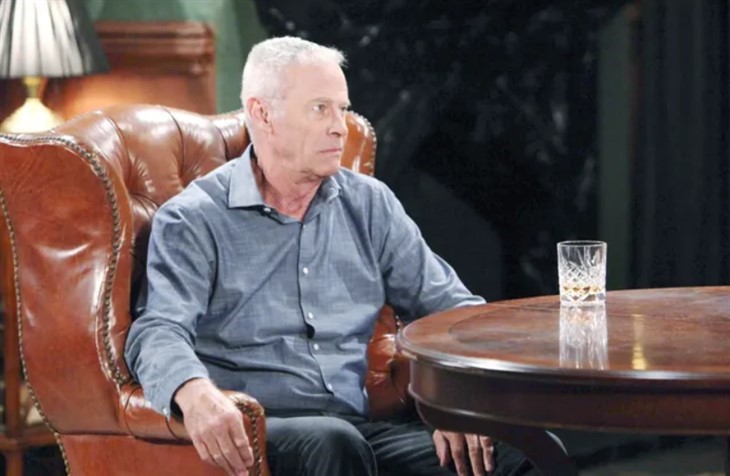 General Hospital (GH) spoilers and updates for Monday, November 28 tease emergency calls, unexpected revelations and blackmail! Viewers should note there will be no new episode either Thursday or Friday, with a return to normal programming on Monday.

Robert Scorpio (Tristan Rogers) is still woozy and out of it after his tequila was spiked by Holly Sutton (Emma Samms) and she picked his handcuff and stole his briefcase. He tells Diane Miller (Carolyn Hennesy) who got him over to the hospital to get Ashford there now. That of course would be Port Charles Police Commissioner Jordan Ashford (Tanisha Harper), who will need to put a be on the lookout for Holly.

The briefcase contained the necklace with the Ice Princess diamonds in it that she was tasked with stealing by Victor Cassadine (Charles Shaughnessy). It was supposed to go to Robert’s contact, who was to meet him in the Metro Court to do the handoff.

GH Spoilers – On The Case

Jordan arrives at General Hospital in record time and is on the case as TJ Ashford (Tajh Bellow) asks what she is thinking. Jordan responds that the DA has been drugged, and of lab tests will verify, since he’s still pretty out of it. Holly will be on the hot seat once they catch up to her, because Diane and Robert will both know there’s no other suspect. Robert has been suspicious of Holly and called her on it, but now he will feel downright betrayed and may even doubt Victor has Ethan Lovett (Nathan Parsons) at all.

Holly looks quite uncomfortable as she unexpectedly runs into Laura Collins (Genie Francis) who says she won’t take no for an answer. Holly may still have the necklace and on the way to meet Victor or another contact, and it looks like they’re in a dark restaurant with some shiny teapots. Holly will make a desperate move in Monday’s episode; perhaps she’s thinking about giving the necklace to Laura or planting it on her somehow.

Will Holly’s desperate move be to save her son or just to save her own skin? Is she thinking better of her trickery to get that necklace from Robert?

Meanwhile, Victor has gone to Wyndemere where he tells Nikolas Cassadine (Marcus Coloma) he knows exactly what’s going on. However, Victor is jumping to the wrong conclusion if he thinks that perhaps Nikolas killed Esmé Prince (Avery Kristen Pohl) or already sent her to Cassadine Island. There are still plenty of Cassadine compounds all over the world, as Holly mentioned being moved from Crete to a different one before being released. Esmé is still locked up in the north tower, although Nikolas is providing nursing care through the birth.

Elizabeth Baldwin (Rebecca Herbst) has arrived at Wyndemere where she tells Esmé that she’s there to help her. Or she may just be confirming her decision to Nikolas after Victor’s exited the castle, but she can’t let a pregnant girl, however conniving, go without medical care. Elizabeth already knows not to fall for any of Esmé’s tricks and schemes, after she pretend passed out and Elizabeth told Nikolas she needed a c-section without anesthesia.

Elizabeth was a conniving teenager in the past herself and she knows all the tricks. She’s not letting Esmé get away with even one.

Ava Cassadine (Maura West) is at the Metro Court with her signature martini as she tells someone she’s doubly intrigued. Mac Scorpio (John J. York) and Kevin Collins (Jon Lindstrom) will ask her assistance with something, and it sounds like it may be Ryan Chamberlain (Jon Lindstrom) related. Of course, she won’t be in any danger but perhaps they want her to bait him at Spring Ridge to see if he’s still as locked-in as he was previously. Kevin and Mac know if anyone can get a response from Ryan, it’s Ava, the last time Felicia Scorpio (Kristina Wagner) saw him at GH she thought he was faking.

Dante Falconeri (Dominic Zamprogna) makes a special trip to D’Archam Asylum to ask Heather Webber (Alley Mills) some questions. Heather says she’ll tell him everything, but for a price. Chances are, the price is only a BLT lunch from Kelly’s which Dante may be able to accommodate.

Chances are, he’s asking Heather if she knows anything about Anna Devane’s (Finola Hughes) escape from the prison transport bus since there’s no one else to ask. The guard from D’Archam was passed out and the driver, Dex Heller (Evan Hofer) had been missing.

GH Spoilers – A Cry For Help

Back at Wyndemere, Esmé displays her best set of sad puppy dog eyes trying to convince Elizabeth, or perhaps Nikolas, to let her go. Or it could be another member of the Wyndemere staff, maybe Demetrius, (Ari Kappatos) Nikolas’ guard who seems to have some sympathy for her. But Elizabeth, Demetrius, and anyone else on the Wyndemere staff knows that Esmé can’t be let go, especially with suspicious of her being The Hook. Esmé could cry a river and no one is falling for her manipulations.

Days of Our Lives Spoilers: EJ’s Guilt And Grief Might Be His Undoing