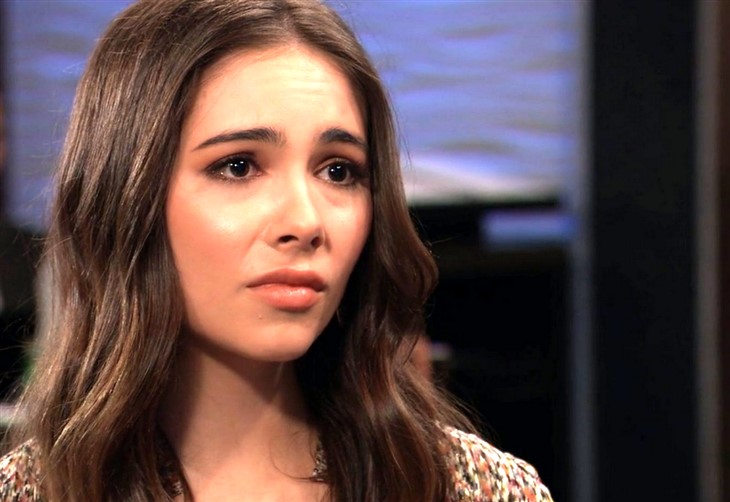 General Hospital (GH) spoilers tease that Molly Lansing-Davis (Haley Pullos) is about to change her career. Molly chose to work in the D.A. office after finishing law school but things aren’t going as planned. Molly has already seen issues with prejudice from the D.A. office and believes she is seeing that once again. Will Molly walk when the system she believes in so much fails once again?

General Hospital spoilers reveal that Molly was supposed to have handled this case. However, Molly was pushed to the side when it appeared that she thought Trina might be innocent. It seems that the assistant D.A. wants to make an example out of Trina.

Molly may have been too close to the situation because she is living with T.J. Ashford (Tajh Bellows). Molly also could have been sidelined simply because of her work to free Shawn Butler (ex-Sean Blakemore) months ago. The D.A. office is obviously still trying to prove a point for some reason.

Diane Miller (Carolyn Hennesy) thinks she planted enough seeds of reasonable doubt to free Trina. Diane is confident that Trina will be acquitted. However, that may not be the case. With Spencer Cassadine’s (Nicholas Chavez) alibi, that should be a slam dunk but it seems that Spencer’s testimony may have done more harm than good.

Did the Cassadine name hurt the case or Spencer’s escape? After all, the jury could look at it as Trina covering for the rich guy she had a crush on as opposed to doing the right thing. Trina’s entire defense seems to focus on her honesty only to see that blown to bits.

Molly is about to learn that justice may not always be served. Molly’s realization may lead her to make a career change if she is unhappy with this verdict. Molly has seen more unjust decisions than just ones since she has gotten into dealing with the law. Has Molly simply seen enough?

Molly may find another outlet that allows her to help people. Perhaps Molly will leave the D.A. office and become a defense attorney. Molly could do pro-bono work as well. Alexis Davis (Nancy Lee Grahn) could even give Molly a job as a legal consultant with “The Invader”. Molly and Alexis have butted heads at times, could these two work together?

Molly may need to get out of the office where she can work with the people who need her. Can Molly find a way to help those in need?