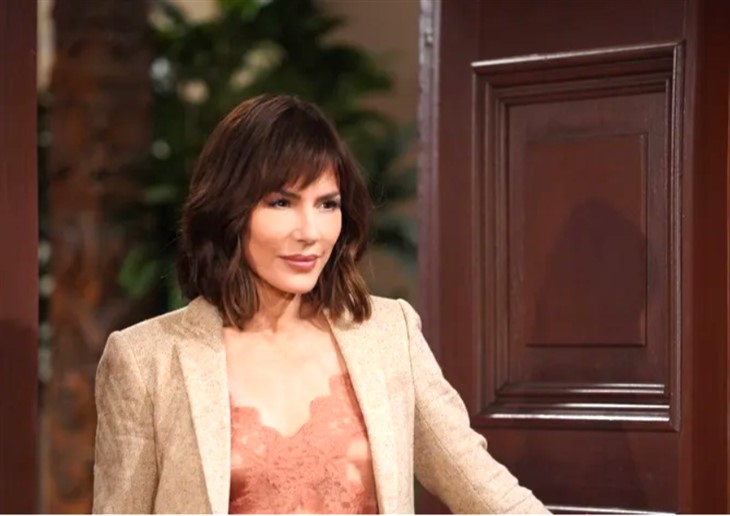 The Bold and the Beautiful (B&B) spoilers document that Taylor Hayes (Krista Allen) asked Ridge Forrester (Thorsten Kaye) the important question. Why did he kiss her?

He did not admit that it was a partial reaction to seeing Hope Spencer’s (Annika Noelle) intended family photo, that included Deacon Sharpe (Sean Kanan) in close proximity to Brooke Logan Forrester (Katherine Kelly Lang). Instead, Ridge joked a bit and referenced the exotic setting TPTB wrote him and Taylor into.

But warm comments, hugs, and shared glances are in a different category than the kiss Ridge and Taylor shared as part of the magnificent Monaco backdrop on B&B.

The Bold And The Beautiful Spoilers – Ridge Forrester Sets The Rules

Brooke saw the photo Hope put on one of her social media sites. Noelle’s character did not consider her actions to be wrong and they were not. But her mother disagreed and made her delete the posted photo.

Deacon asked an insightful question in the past. Why does Ridge get to set all the rules?

The answer involves Brooke and Taylor allowing themselves to be part of a broken triangle, where Ridge has been moving back and forth between both ladies for the past handful of months. That reality existed to a much deeper degree in daytime days gone by, with Taylor pulling herself out of it until she re-entered it when returning to Los Angeles, California, last year.

Brooke is constantly bothered by various things relating to Ridge. The latest realized reunion with him includes banishing Deacon from her life.

Ridge is not wrong in recognizing Deacon as a disruptive force. But the Sheila Carter (Kimberlin Brown) self-reveal, where she admitted to orchestrating Brooke’s New Year’s Eve night of drinking, reinforced that Lang’s character is not in love with Deacon.

Lang’s character remains understandable insecure about her marriage to Ridge. She is right to feel uneasy because he left her for months and went to live on the cliff house property where Taylor was staying.

Taylor is not currently involved with any other man. She might be committed to being single. If so, that is only healthy if she is not holding out hope, soapy pun intended, for an eventual reunion with Ridge.

Complicating matters is the teased connection Taylor and Deacon were developing before Monaco happened. The writing staff has smartly established that Taylor might entertain the possibility of becoming involved with Deacon. A partial reason for doing so would be that they want to set Ridge and Brooke off.