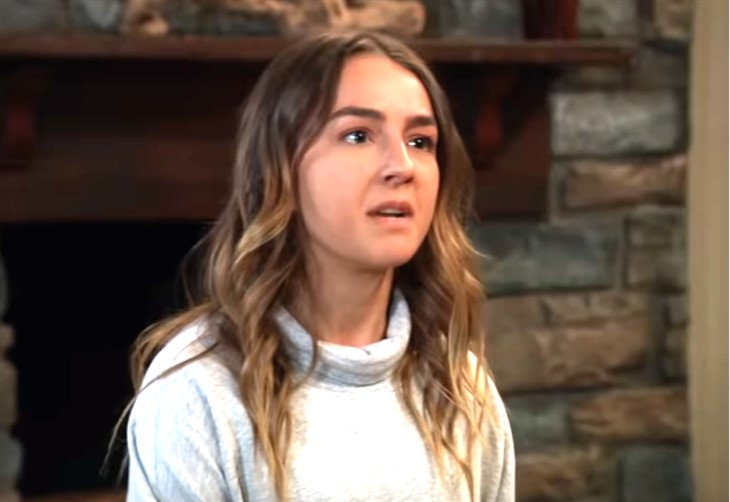 General Hospital (GH) spoilers for Monday, August 8 tease that there is a warm father and daughter moment to talk about and there is a spicy caution given to one of Society Setups’ recent matchmaking customers. Will the secret owner behind the online dating company come clean about his nefarious activity?

Meanwhile Dante Falconeri (Dominic Zamprogna) wants to know what Brooklyn Quartermaine (Amanda Setton) is up to. Maybe because he tends to be the one PC cop who has to arrest people and he’d like to avoid that with BLQ in the near future if at all possible. Dante is also a seasoned cop and he knows a con when he sees one. Right now BLQ is trying to pull a fast one over on Linc, the sleazy music producer who bought her catalogue. She desperately wants it back and has recruited Harrison Chase (Josh Swickard) in her scheme. Could this end badly for both of them? Linc has shown that he is not someone to be trifled with!

Why does Damian Spinelli urge Britt Westbourne (Kelly Thiebaud) not to go on a date with Cody Bell (Josh Kelly)? Maybe because he knows their Society Setups match is bogus? Spin is the unsung genius behind the matchmaking service and purposely set them up. He knows that are not technically suited to each other and wants to avoid a lawsuit if the truth comes out, or perhaps avoid the wrath of the Britch?

Elsewhere Sam McCall (Kelly Monaco) wants answers from Maxie Jones (Kirsten Storms) that she may or may not be able to give. What info does Maximista have that the PI wants?

Meanwhile Sonny congratulates his daughter Kristina Corinthos (Lexi Ainsworth) at Charlies. What great thing did Kristina do to deserve her dad’s praise? Fans haven’t seen the plucky heroine in some time, so a new accomplishment that deserves recognition could be in order. Does this mean we will be seeing more of the spicy Davis daughter? Isn’t it about time the show gives her something to do except pick on her sisters? Maybe she could also give her two cents about mom Alexis Davis’ (Nancy Lee Grahn) new verbal jousting partner Gregory Chase (Gregory Harrison)?

B&B Spoilers: Ridge Is Confused About His Feelings Again