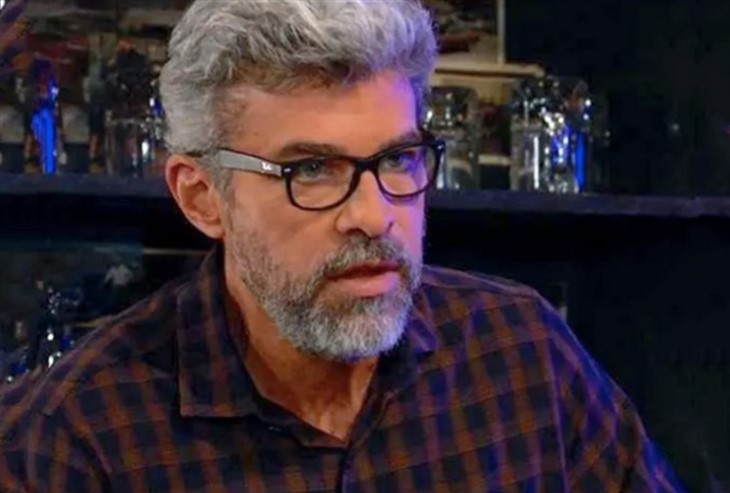 General Hospital (GH) spoilers reveal that Mac Scorpio (John J. York) could be in the line of fire when Peter August (Wes Ramsey) is transported to Pentonville prison. Because we all know that something epic has to go awry, both because it involves Peter and because it’s February Sweeps!

Here’s what we know: Kristina Malandro Wagner was brought back as Felicia Scorpio because she will face a crisis with her husband Mac. Explosive show spoilers reveal that someone in the Scorpio family will need emergency surgery and it makes sense that it will be PCPD’er Mac who takes a bullet.

General Hospital spoilers reveal that the hospital bruhaha could begin this week and carry over into the following week, February 7-11.

The action unfolds when Mac and Dante Falconeri (Dominic Zamprogna) handle Peter’s prison transfer. Unbeknownst to them, Victor Cassadine (Charles Shaughnessy) will try to wrangle him free. Which means mayhem and it sounds like Mac will get the worst of it.

Felicia will be on pins and needles along with her daughter Maxie Jones (Kirsten Storms) and good friend Robert Scorpio (Tristan Rogers).

GH spoilers – A Vigil is Held For Mac Scorpio?

The town just said goodbye to Luke Spencer (Anthony Geary) and it will be terrible if they lose another titan of Port Charles. Expect the news to spread fast and the city to support Felicia as she holds vigil. At the same time Peter, who is a monster of the nth degree, will need to be dealt with so expect the action and drama to be thick with suspense next week.

Dante will likely be left to pick up the pieces after the chaos and spoilers indicate that super spy Anna Devane (Finola Hughes) and mayor Laura Collins (Genie Francis) will do what they can to help their cherished friend.

Maxie is doubly involved in the drama as Peter is her evil baby daddy and Mac is the man who raised her. She has been on the edge for some time now, is this the moment when Austin Gatlin-Holt (Roger Howarth) steps in to save the day—or at least hold her hand? Last week she kissed him to shut him up, and the chem was off the charts amazing!

She will fight to protect Bailey Quartermaine aka Louise August (London and Jett Prinzo-Berendt) as will pretend dad Harrison Chase (Josh Swickard) who we can see springing into action and re-gaining his job back due to his bravery! Don’t miss a minute of the must-see action GH fans!