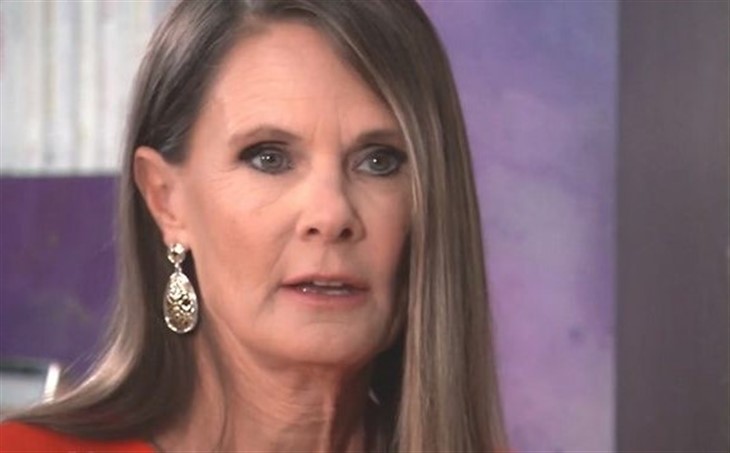 General Hospital spoilers tease that Victor Cassadine (Charles Shaughnessy) is disappointed in the rest of the Cassadine family. When he came to Port Charles last year, Victor was talking about his big plans and how the Cassadines would need to stand together as a united front.

While Victor’s plans have yet to come to fruition, Victor has been making some big moves behind the scenes. First of all, he was responsible for the murder of Luke Spencer (Anthony Geary) and the theft of the Ice Princess. Victor is also likely behind the abduction of Holly Sutton (Emma Samms), who will finally surface in just a few short weeks.

General Hospital Spoilers – Lucy Coe Is Having The Time Of Her Life!

Although she is committed to Martin Grey (Michael E Knight), Lucy Coe (Lynn Herring) was recruited by Anna DeVane (Finola Hughes) to get close to Victor to find out his plans. Victor has an obvious interest in Lucy, and Anna hoped to exploit that in order to find out Victor’s plans. Although Lucy was reluctant, Anna pretty much blackmailed her into helping her cause. While Martin is out of town tending to his mother, Lucy has been busy trying to ingratiate herself into Victor’s life. Despite herself, Lucy is really enjoying herself.

Lucy can take care of herself, and she has found herself enjoying Victor’s attention. Victor was also very generous to Lucy and gave her an expensive diamond bracelet as a token of his affection. But so far, Lucy has been unable to get Victor to divulge exactly what his plans are, although he continues to hint at that.

Lucy gets carried away fairly easily. She could very well get caught up in the moment and sleep with Victor. And that might be the only way for her to discover whatever it is that Victor is up to. Lucy could end up saving Port Charles, but will it cost her Martin’s love? It’s doubtful Martin would easily forgive Lucy for sleeping with another man, even if it was in the name of stopping Victor.

Is Lucy in too deep? Will she end up sleeping with Victor? How will Martin feel about Lucy’s involvement with Victor? Anything can happen in Port Charles so stay tuned to General Hospital airing weekdays on ABC. And don’t forget to check back right here regularly for all your General Hospital news, information, and spoilers!