GH Spoilers: Lucy Flirting With Victor, Is She In Too Deep? 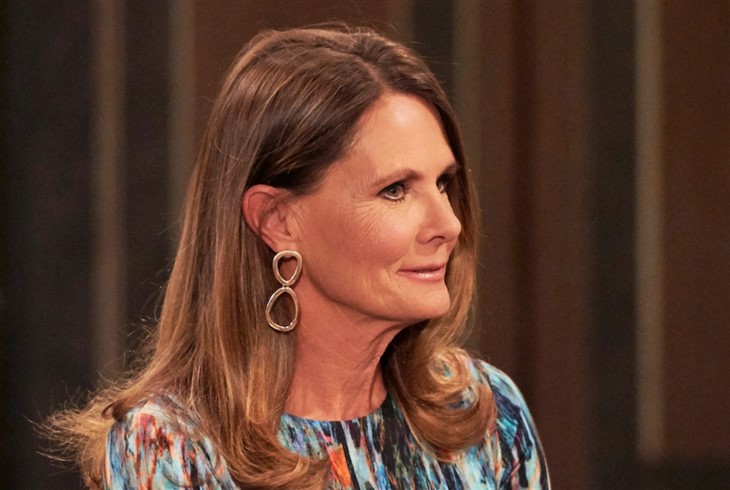 General Hospital (GH) spoilers tease that Martin Grey (Michael E Knight) was recruited by Anna DeVane (Finola Hughes) to get information about Valentin Cassadine (James Patrick Stuart). Rather than succumb to Anna’s blackmail, Martin decided to leave town. But he did tell Lucy Coe (Lynn Herring) what was going on before he left. Lucy is highly motivated to get Martin back in her arms so she agreed to help Anna get information on Victor Cassadine (Charles Shaughnessy). To that end, look for Lucy to do what Lucy does best.

To say that Lucy is flirtatious would be the understatement of the century. Victor has already taken note of Lucy so it shouldn’t take much effort on Lucy’s part to obtain his interest. Lucy won’t want to betray Martin, so there are limits as to how far she will go. Victor may push for more than Lucy is willing to give, so it will take some clever maneuvering on her part to keep Victor at bay. But if anyone can do it, it would be Lucy.

Anna is still looking into the murder of Luke Spencer (Anthony Geary). She is correctly under the assumption that Victor had something to do with Luke’s demise. In addition, Valentin seems to be keeping secrets from her as well. What Anna doesn’t know is that Victor is keeping Valentin’s daughter from him, and that’s why he seems to have switched sides. Anna is hoping that Lucy will get close enough to Victor to find out what he is holding over Valentin’s head.

But Victor isn’t a fool. He could easily catch on to Anna and Lucy’s scheme. So, Lucy won’t want to push too hard or Victor will get suspicious. Victor isn’t above murder, as viewers well know. Lucy could find herself in grave danger if Victor catches on to her shenanigans. Hopefully, Lucy and Anna can get the information they need and Martin can come home before Lucy crosses a line she can’t come back from. Martin would be quite unhappy to know the depths Lucy is willing to go to help him.

Can Lucy get the goods on Victor? Is Anna asking too much of Lucy? Will she be able to bring Martin home? Anything can happen in Port Charles so stay tuned to General Hospital airing weekdays on ABC. And don’t forget to check back right here regularly for all your General Hospital news, information, and spoilers!

Duggar Family News: New Legal Issue, Which One Is In Trouble This Time?