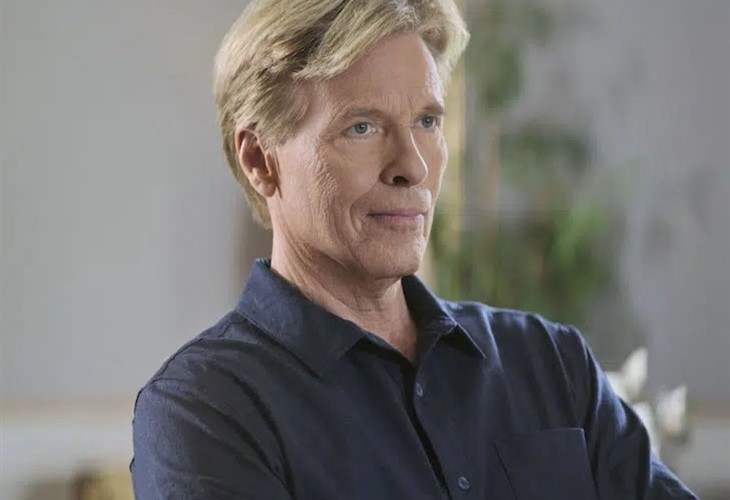 The Bold and the Beautiful (B&B) spoilers reveal that something very special is about to happen on the CBS show, and fans will be doubly rewarded. The show is celebrating its 35th anniversary with a special episode centered on the one and only Brooke Logan Forrester (Katherine Kelly Lang). The episode will examine her life and times and fans of TSOTV realize that can only mean one thing–yes, Brooke’s men will take center stage.

And that means that Jack Wagner and Winsor Harmon are coming back to The Bold and the Beautiful for the special.

The upcoming special episode will be a stand alone which focuses on the five great loves of her life…hmm, it seems like there were so many more. Oh, that’s right, the five loves were loved over and over and over ….

There is no doubt about it, Brooke Logan knows her way around the bedroom—she even has a lingerie line called Brooke’s Bedroom. There is nothing wrong with being proud of one’s accomplishments, but in this case, perhaps a bit more discretion would not be out of order?

When will this special epi air? Put a big ol’ X on the calendar for Thursday, March 24th. That is the day that the long running show celebrates the 35th anniversary of the CBS sudser. The Bold and the Beautiful, which is the sister show of CBS’ The Young and the Restless, debuted March 23rd, 1987.

Which leaves three other men–let’s take a look at who else has been with Brooke, shall we?

The Bold and the Beautiful Spoilers – What Happens Next In LA?

Brooke’s three other men will be Eric Forrester (John McCook), Dollar Bill Spencer (Don Diamont) and Ridge Forrester (Thorsten Kaye). And no, there is no typo, Brooke has made her way through the forest with the Forresters. Some people collect souvenir spoons, some people collect men. To each his own.