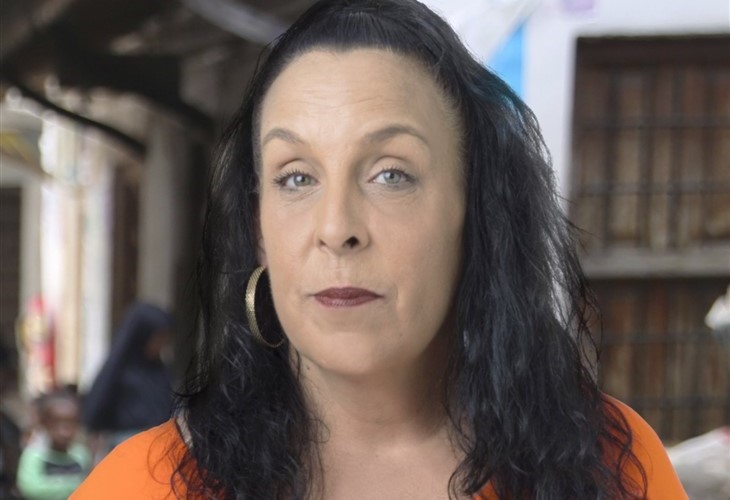 90 Day Fiance’ Spoilers reveal that Kim Menzies’ mother recently passed away. Kim posted yesterday that her mother had passed away the previous night. Our condolences go out to Kim and her family.

90 Day Fiance’ Spoilers – Kim Menzies And Her Mother Were Close

90 Day Fiance’ star Kim Menzies says that her mother was her biggest supporter and they were very close. Kim says she will miss her mother for the rest of her life but she will always be in her heart. Fans know that Kim is very taken with Usman “Sojaboy” Umar who is striving to be a music sensation in the United States. Kim’s mom obviously knew about her attraction to Usman and was there for her. Kim seems to be a groupie more than girlfriend material because she and Usman weren’t a couple when the taping of this season’s 90 Day Fiance’ began filming. However, Kim did go to meet with Usman even after he admitted to using his ex-wife, Lisa Hamme, to further his career.

90 Day Fiance’s Kim isn’t shy about wanting to be with Usman. Kim even booked the honeymoon suite when she meet him in hopes of sleeping with Usman. Usman’s friends are trying to keep this relationship from happening only fueling Kim’s dislike for them. Usman’s friends know that a girlfriend or a wife Kim’s age will only push fans away from Usman. Usman’s marriage to hotheaded Lisa proved this when they were together. Even with gifts like the latest electronic gadgets, Kim is buying Usman seems odd.

90 Day Fiance’ Kim had a huge adversity to being called a superfan by Usman’s manager. Kim doesn’t want to be a fan, Kim wants to be Usman’s girlfriend or future wife. However, Kim’s reactions to Usman’s fans remind viewers, perhaps a little too much, of Lisa. Kim seems to be just as controlling and as demanding if not more so than Lisa ever thought about. Will Kim ever make it to girlfriend status? Is Usman using Kim like he did Lisa when they were together?

With Kim’s mother gone, she may be more determined to be with Usman for a connection. Kim seems to be a bit old for a fangirl and a bit obsessive much like Lisa. Will Kim ever get what she wants? Should Kim cut her losses and move on before she becomes just another casualty in Usman’s line of women he has taken advantage of? Our sympathy is with Kim at this difficult time.