GH Spoilers: Is Marshall The Enemy Brick Told Sonny About? 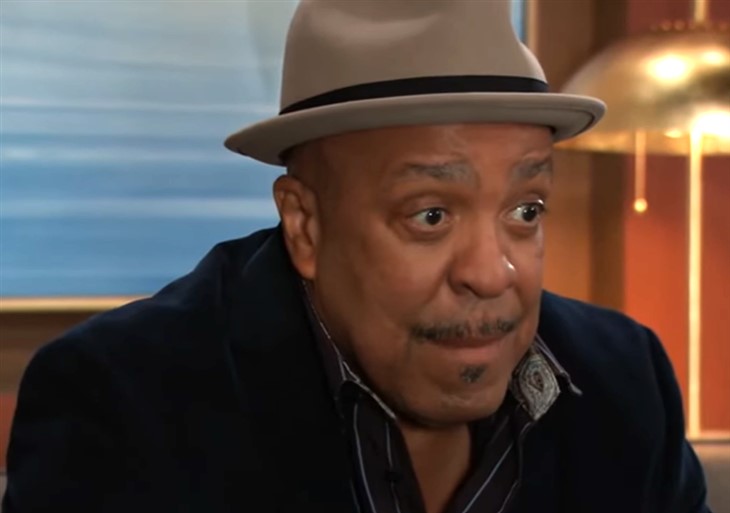 General Hospital (GH) spoilers and rumors tease that Marshall Ashford (Robert Gossett) may be the enemy that Brick (Stephen A. Smith) warned Sonny Corinthos (Maurice Benard) about! General Hospital viewers will remember that someone from the West Coast took over the vacuum that Cyrus Renault (Jeff Kober) left, and Brick said there’s a new threat in Port Charles!

General Hospital viewers will recall that no one knew where Marshall was for the time he was missing, although he implied he may have been in witness protection for all those years. Drew Cain (Cameron Mathison) had done a deep dive into databases and past crimes and couldn’t find a thing, for which he apologized to Curtis Ashford (Donnell Turner) in a recent episode of General Hospital. Marshall showed up as a mystery man in Port Charles, watching Curtis and TJ Ashford (Tajh Bellow) and trying to get friendly with them before he finally revealed he was Curtis’ father. Curtis hadn’t taken that too well, not believing it until his aunt Stella Henry (Vernee Watson) had confirmed it was him, and he had arrived right after the deaths of mob bosses Vincent Novak (Glenn Taranto) and Charles Buscema (Bart Tangredi). Joey Novak (Patrick Zeller) was beaten nearly senseless shortly after Marshall spotted him outside of Kelly’s as well!

General Hospital viewers are undoubtedly posing questions to themselves as Curtis has asked, as to whether Marshall is a good guy, or if he’s a bad guy! One would think that if Marshall was in real witness protection, as offered by the federal authorities, Drew, with his Navy Seal connections would have found something!

All that Marshall has revealed is that he got mixed up with some really bad people, and left his family behind and faked his death for their protection – he didn’t want his trouble to become their trouble! But now, as General Hospital viewers will recall Brick telling Sonny, there’s a new player and Marshall also mentioned a new player, is Marshall himself the enemy player or is he a rival? Are there two players now in Port Charles getting ready to start a turf war, and is Marshall one of them?

General Hospital viewers will recall that Curtis kicked two drug dealers out of The Savoy in a recent episode of General Hospital, shortly before Drew arrived and the two talked about Marshall. The same day, Marshall was having dinner with Epiphany Johnson (Sonia Eddy) at the Port Charles Grille, and he suddenly had chest pains which knocked him to the ground – however, it was more of a stinging pain. Luckily, Dr. Hamilton Finn (Michael Easton) and Elizabeth Baldwin (Rebecca Herbst) were there on their first date at a nearby table and rushed over immediately to render aid, and determined it wasn’t a crushing pain like a heart attack. They were able to bring him into the General Hospital emergency room on his feet. The question is, were the two drug dealers at The Savoy looking for Marshall, and was the health issue an attack, possibly poisoning, and if so, by an enemy or a rival?