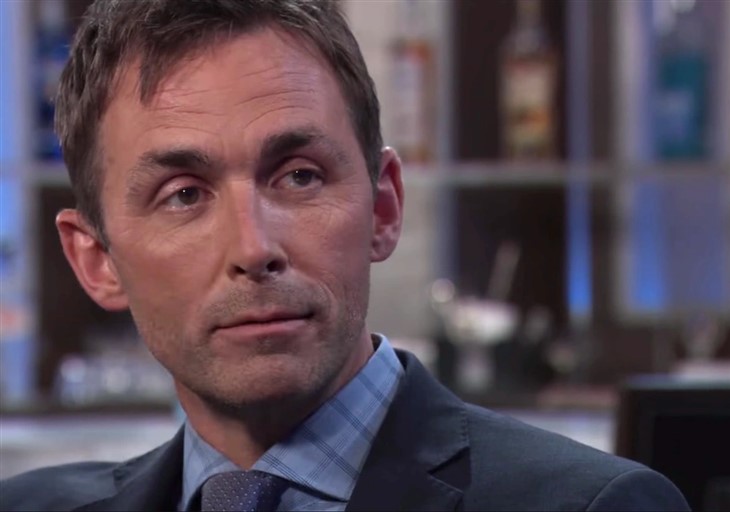 General Hospital viewers will recall that Valentin was heartbroken by Brook Lynn’s lies, but he has no idea exactly how far those lies reach – although he might suspect that Bailey Quartermaine (London and Jett Prinzo-Berendt) is really Louise Jones (London and Jett Prinzo-Berendt)! That would be one big reason why Valentin hasn’t taken Cassadine-style revenge on Brook Lynn, although he certainly didn’t like her hurting his daughter Charlotte Cassadine (Amelie McClain) who was equally heartbroken. General Hospital viewers will recall that Charlotte, too, had become very attached to “her baby sister” and Victor Cassadine was also upset finding out his youngest “granddaughter” wasn’t really his granddaughter! Family is important to Victor but sometimes the Cassadine meaning of family gets over-the-top dysfunctional, even worse than the Quartermaines and they’ve always put the “fun” in dysfunctional as General Hospital viewers will recall!

General Hospital viewers will recall that Victor even offered to take revenge on Brook Lynn for Valentin, and Valentin had refused; and Victor simply cannot understand his refusal, considering how badly Valentin and Charlotte had been hurt! But General Hospital viewers also remember that Victor has been challenged by Peter August (Wes Ramsey) to find Louise in exchange for Peter’s giving him the key to controlling Drew Cain (Cameron Mathison) – could his revenge plan over Bailey lead him to Louise? Viewers will also recall that Victor recently tried to school Spencer Cassadine (Nicholas Chavez) in how to act like a proper Cassadine worthy of his legacy; will Victor find himself trying to give the same lessons to Valentin? Longtime General Hospital viewers will remember that Valentin lived for years as a mercenary, so “Cassadining lessons” probably won’t be needed or wanted!

General Hospital viewers will see Victor wanting a sit down with Valentin, and he’ll grill him on exactly what his motives are for not wanting revenge on Brook Lynn for such an egregious con job! Valentin obviously will not be exactly forthcoming with his presumed birth father – especially if he has his own questions if Bailey and Louise, being the same age with the same birthday, may be the same person! General Hospital viewers will remember that when Victor had first kidnapped Valentin he had told him that Peter and he previously were working together but that Peter had double crossed him –without proof, Valentin won’t trust Victor. Oh, Valentin will give Victor a motive – but it certainly won’t sound very “Cassadine” to Victor; he’ll tell him he won’t exact revenge on a mother whose baby is that young and who needs her! Besides, Brook Lynn isn’t the only one who has deceived a parent over a child; and Valentin still regrets deceiving Nina Reeves (Cynthia Watros) with Sasha Gilmore (Sofia Mattsson)!