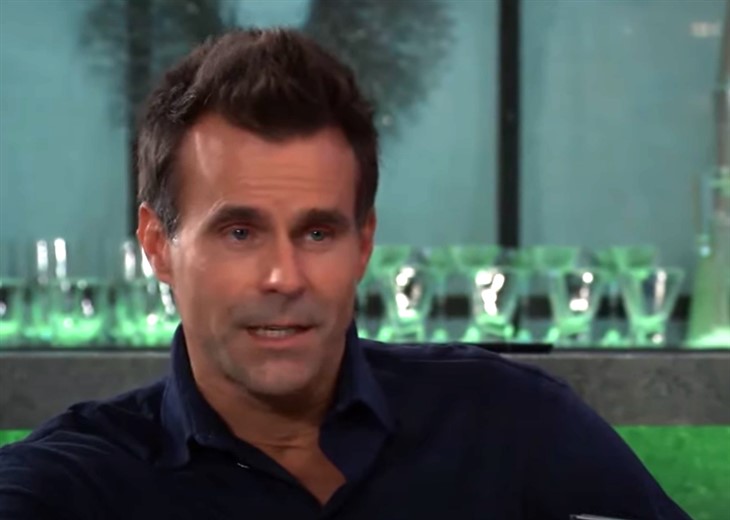 General Hospital viewers will recall from a recent episode of General Hospital that Elizabeth’s wedding ring from Franco Baldwin (Roger Howarth) mysteriously wound up in a pocket of the dress she’d planned to wear on her and Finn’s first date! Elizabeth had realized it had fallen down her kitchen sink drain after setting it on an overhanging shelf, and Finn had disconnected it and retrieved her ring, after which she put it in a kitchen drawer for safekeeping.

Previously, she had talked with Drew about Franco, and Drew had encouraged her and given her his blessing if she wanted to move on, it having been over a year since Franco had died. But when Elizabeth then had taken out her cocktail dress from her locker at work, getting ready to go out with Finn after their shift ended, the ring had fallen out of a pocket!

GH Spoilers – At First, Elizabeth Baldwin Assumed One Of Her Boys Found The Ring

General Hospital viewers will recall that she figured one of her boys had found it in the drawer and thought she’d forgotten to put it back on, and postponed the date with Finn, telling him she’d talk to them. But the more Elizabeth has thought about why the ring was put in her dress and who might have done it, the more she thinks about Jake, who’s been having the worst time coping with deaths of both a father and a stepfather.

General Hospital recaps and spoilers show Elizabeth and Drew had talked previously, he had asked how the boys were coping and Jake was acting out and having a lot of mood swings, Jake’s father having been Jason Morgan (Steve Burton). That is loss piled on top of loss, and the two deaths have definitely been having an impact on Jake, as if becoming a teenager didn’t come with its own problems!

General Hospital Spoilers – Elizabeth Baldwin Talks To Drew Cain About Jake Webber’s Past On Cassadine Island – Could It Also Have An Impact?

General Hospital viewers know that Jason died on Cassadine Island and Drew, after being held there by Peter August (Wes Ramsey) came back “from the dead” without being able to save his twin brother. Drew is dealing with his own guilt and pain, having finally bonded as brothers as they were held in a dungeon underneath the Cassadine castle in Greece and working together to rescue Britt Westbourne (Kelly Thiebaud) and her mother.

General Hospital recaps reveal Drew was originally kidnapped from Afghanistan and Jason kidnapped at the same time, Jake was also there on Cassadine Island as a small child, kidnapped by Helena Cassadine (Constance Towers). Jake had some horrible and frightening memories from his time there, one in particular of someone he called “the scarecrow” that was Drew being hung on a tree and tortured as part of his conditioning. It was Jake’s memories that brought Franco and Liz together, when he went to art therapy class with Franco as his teacher; Liz wonders if those memories could now be having more impact on Jake.

GH Spoilers – Could Jake Webber Have Moved The Ring?

General Hospital viewers will recall that long ago Drew, thinking he was Jason as well as the rest of Port Charles had lived with Liz and her boys for a while and they’d gotten attached to him as well. But he was the first to go away and be presumed dead, but he came back alive. Liz and Drew wonder if Drew might be able to help provide some stability for Jake as his uncle, or if perhaps it’s time to call Dr. Kevin Collins (Jon Lindstrom) in for help.