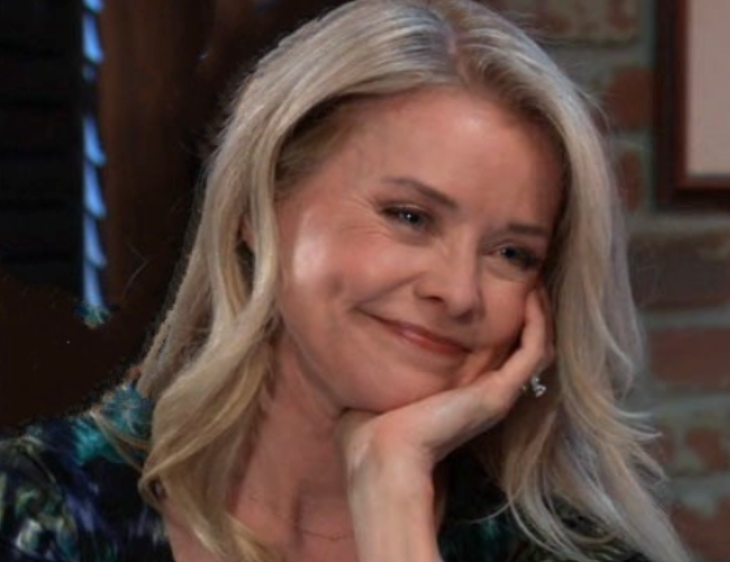 General Hospital (GH) spoilers for Thursday, January 20, 2022, reveal Felicia doing everything she can to move heaven and earth and find Maxie’s baby seven months after she allegedly disappeared without a trace.

General Hospital Spoilers – Austin Holt Can Be Key To Everything

Felicia Scorpio (Kristina Wagner) struck out with Maxie Jones (Kirsten Storms) when they were in yoga class. No, Maxie will not go back to that cabin she almost gave birth in. It will just be too painful. Maxie was downright mean to her mother but that doesn’t mean that she is giving up. It just means she will have to go elsewhere to get answers.

That elsewhere turns out to be Austin Holt (Roger Howarth). After all, he is the one who delivered Maxie’s baby so maybe he will remember something. Yes, he was knocked out cold and yes, it was months ago, but he has to know something. If he would just help Felicia recover his memories, all will be great. Well, not according to Austin. He seems scared to deal with Maxie’s mother, but Felicia is relentless.

Meanwhile, Maxie learns that her baby no longer lives at the Q mansion and that won’t do at all. How can Chase (Josh Swickard) and BLQ (Amanda Setton) move Bailey Louise without telling her what was going on? She also reminds Felicia that there is nothing for her or Austin to remember.

Anna Devane (Finola Hughes) and Valentin Cassadine (James Patrick Stuart) may have shared a super long kiss on New Year’s Eve, but that was the last we saw of them together three weeks ago. Now, they finally hook up to assess their relationship, as well as all the mysteries they need to solve.

Like the mystery of Maxie’s baby and why Brook Lynn would lie about Bailey. There is also a little matter of Victor Cassadine (Charles Shaughnessy)…

In other PC news, Hamilton Finn (Michael Easton) gets a reminder of his past actions, Elizabeth (Rebecca Herbst) and Cameron Webber (Will Lipton) want to know what Dante Falconeri (Dominic Zamprogna) wants from them, and Ned (Wally Kurth) wants to know why Tracy Quartermaine (Jane Elliot) told him that Brook Lynn is in trouble. Stay tuned to General Hospital weekdays to see how these stories play out.

Days Of Our Lives Spoilers: Is EJ About To Ruin His Life?