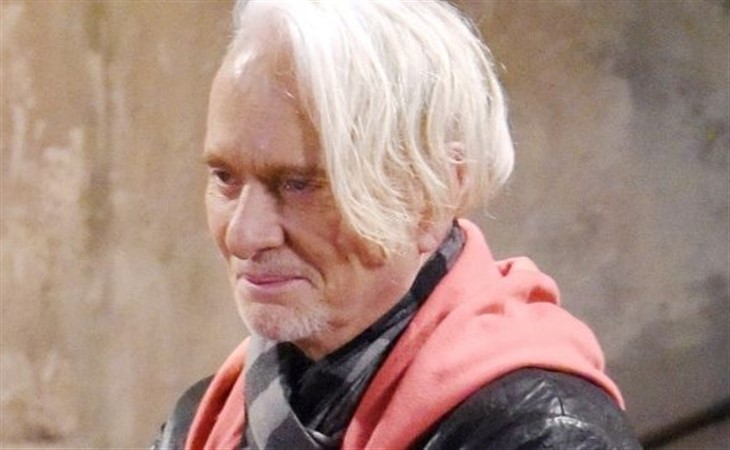 Laura Webber Baldwin Spencer Collins (Genie Francis) can’t believe she has to say goodbye to Luke (Tony Geary), the father of two of her children to whom she was married and on the run for years. Yes, that was a whole other part of her life, but she needs a friend by her side for this and not any old friend will do. Apparently, she needs Curtis Ashford (Donnell Turner) there for moral support, a man who never even met Luke, but ok.

She could have leaned on Luke’s sister, Bobbie Spencer (Jacklyn Zeman), but Bobbie has to be there to listen to Carly (Laura Wright) whine and complain about her terrible, no-good life. She’s drawing the line at something, and that something is her being allowed to marry another man, but Sonny (Maurice Benard) is not allowed to fall for another woman. This is important to discuss at her Uncle Luke’s funeral.

GH Spoilers – Forgiveness For The Sake Of The Dead

Tracy Quartermaine (Jane Elliot) is mourning the man she thought she’d spend the rest of her life with, but at least she seems to make amends with Alexis Davis (Nancy Lee Grahn). Tracy wonders why Alexis dropped the charges against her and she’s told that everyone deserves a second chance.

Ava Jerome (Maura West) is also there, on the boat where she saw Kiki’s (Hayley Erin) dead body for the first time and her life changed forever. But she is not remembering that moment. Instead, she is trying to convince Nikolas (Marcus Coloma) and Spencer Cassadine (Nicholas Chavez) to put their differences aside for just one day.

Before anyone makes it onto The Haunted Star, they must first discuss the guest list. Scotty Baldwin (Kin Shriner) decides he is going to crash the memorial, while Dante Falconeri (Dominic Zamprogna) can tell there is something very wrong with Sonny Corinthos, who tells him he is not going to waste any more time? Will Dante figure out his father is off his meds? Stay tuned to General Hospital weekdays to see how these stories play out.