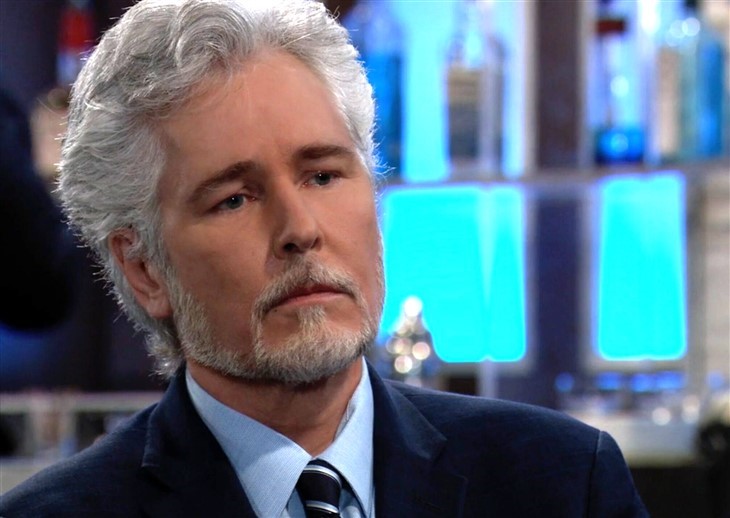 General Hospital Spoilers tease that Dr. Kevin Collins (Jon Lindstrom) was thrilled to see his wife Mayor Laura Collins (Genie Francis) was finally home! As viewers know, Laura and her half-brother Martin Grey (Michael E Knight) were forced to go into hiding a few months ago when the FBI got word that their shared brother Cyrus Renault (Jeff Kober) had put a hit out on both of them!

But after they were attacked at their supposedly safe location, Laura decided to come back home on General Hospital. But this isn’t the first extended separation these two have endured the last few years nor even the second.

General Hospital Rumors – Have Dr. Kevin Collins Eyes Wandered While His Wife Has Been Away?

Kevin’s ex-wife Lucy Coe (Lynn Herring) has never really gotten over losing him. At the annual reading of the Christmas Story, Kevin was dressed as Santa Claus and about do the reading to the children at the hospital. But Laura didn’t want to wait another moment away from her husband, and Martin took Kevin’s place with the kids in a Santa suit of his own. But Lucy was unaware that a switch had been made, with surprising results.

Perhaps Lucy got a little too into her Christmas Elf outfit on General Hospital, or perhaps she was just happy the event at the hospital was a success, but she ended up on Santa’s lap while and while her suggestive tone made it clear that she wanted Kevin in her bed. Now this could have been just playful banter between two exes but it seemed like something more than that.

The way Lucy talked it was as if the two of them still had sexual relations at least occasionally. General Hospital spoilers tease Kevin surely got very lonely with Laura away, especially when it’s happened so often. If they are hitting the sheets, that will surely be the end of his marriage. And now it looks like Lucy may not be available either.

Lucy and Martin went out to dinner together after the reading of the Christmas Story. Sparks were flying everywhere and they slept together. But at breakfast the next morning, Lucy kept waiting for Martin to let her down easy and leave. It was a sad moment, because it was obvious from her words than more than one man have made a habit of treating her poorly in the past. As she braced herself for Martin to blow her off, she was shocked that Martin has every intention of seeing her again. The look of joy on Lucy’s face said a million words. So if Lucy and Kevin were still occasionally getting together during extended absences, look for Lucy to be the one to end it.

Has Lucy been occasionally sleeping with Kevin while Laura was gone? Could Lucy and Martin have a real future together? Do Kevin and Laura even want to still be married or has the spark faded?  Anything can happen in Port Charles so stay tuned to General Hospital airing weekdays on ABC. And don’t forget to check back right here regularly for all your General Hospital news, information and spoilers!