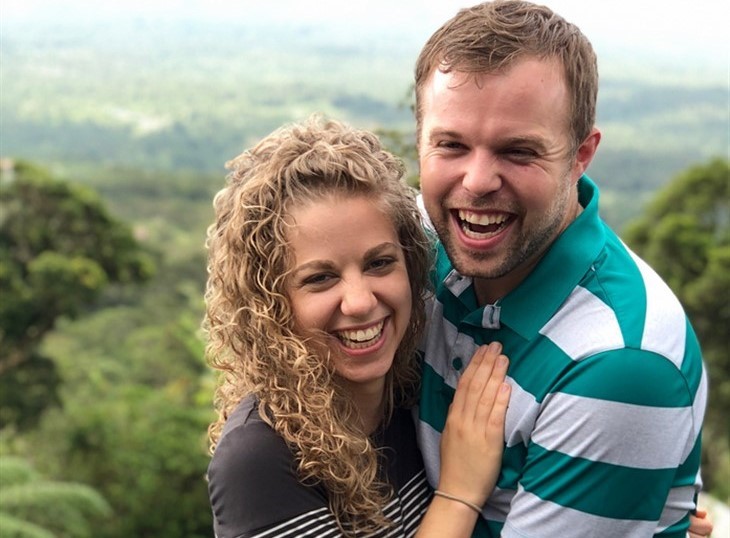 Duggar Family spoilers reveal that fans are curious about the relationship between John David and Abbie Duggar. These two met back in 2018 and from the looks of it, they are doing very well! We have a complete rundown of their relationship timeline and what has happened in between.

John David and Abbie first met when they were in Oklahoma at a church event. She grew up in Oklahoma and he grew up in Arkansas. They soon began a courtship and then, about a month later, they ended up getting engaged. Abbie was working as a nurse in Oklahoma, but she ended up quitting her job so that she could move to Arkansas to be with him. They got married that year in November.

The Duggar family gets a lot of backlash for moving so quickly in their relationships, but many fans think that it is because their religion is so strict. They believe that having children is God’s will, but they also believe that sex is frowned upon until marriage. They can’t even kiss before they are married! Abbie was 26 when they got married and John David was 28. This is actually considered a late age for them to get married.

As of today, it does look like Abbie and John David are still going strong. Their fairytale romance basically played out on the show, Counting On until it was canceled. They do share an Instagram account and they enjoy sharing moments of their lives with their fans. They had their first child together in January of 2020, Grace Annette and they announced recently that they are expecting a second child, a son, in the late summer of this year. The birth of Grace was documented on the show and Abbie was in labor for over 36 hours!

Fans of the Duggars really enjoyed seeing John David and Abbie’s relationship blossom on the show. They seem like one of the couples that really have a great life ahead of them. The couple has worked very hard on their marriage and their lives. They are constantly telling their fans just how grateful they are.