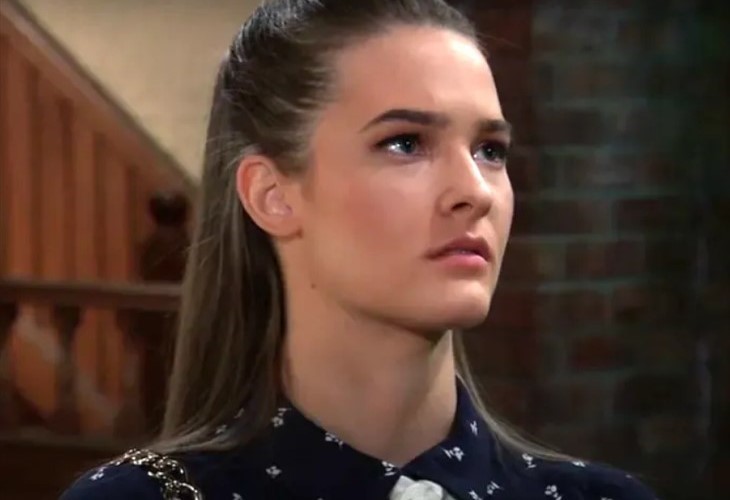 General Hospital (GH) spoilers suggest that Esme Prince (Avery Kristen Pohl) is about to report Rory Cabrera (Michael Blake Kruse) for inappropriate conduct. Esme eavesdropped on Rory and Trina Robinson’s (Tabyana Ali) and heard just enough to get Rory in trouble. Will Esme cause Rory To Get fired?

General Hospital’s Rory and Trina are obviously attracted to each other. However, Rory pointed out that he and Trina cannot be seen talking because she has an open case. Rory assured Trina that running into each other wasn’t against the rules, however, there can’t be any other interaction than that. Unfortunately, Esme saw the flirty exchange before this. Esme knows that Rory believes Trina is innocent and she is determined to get him off of Trina’s case. After all, if Rory is planning to prove Trina’s innocent, Esme cannot have him discover her deceit. Will Esme’s report work, as well as the one on Trina, did? Will Rory lose his job because of Esme’s lies?

General Hospital’s Jocelyn Jacks (Eden McCoy) sees the attraction between Rory and Trina. Jocelyn could try to play matchmaker between Rory and Trina accidentally setting them up to help Esme’s cause. Jocelyn has no idea that Esme is targeting Rory for a fake affair with Trina. After all, if Trina and Rory keep bumping into each other, Esme won’t have to set anything up for them to be discovered. Will Jocelyn inadvertently get Rory in trouble with the PCPD? Can Rory explain his way out of the situation if Esme gets photos of him with Trina?

If General Hospital’s Esme reports Rory, chances are, Trina and Jocelyn will suggest it was her. Rory could even team up with Spencer Cassadine (Nicholas Chavez) to take her down. Will Rory go after Esme with her boyfriend’s help to prove Trina’s innocence? Rory knows that Esme will go to any extent to get rid of Trina and he has to fight fire with fire. Esme is going to have to slip up at some point and Rory wants to be there to catch her when she does. Can Rory save Trina and his job?

Trina and Rory may have a great attraction between them but Spencer is taken with Trina as well. Who will end up with Trina in the end? Will Rory be Trina’s ultimate hero or will Spencer come through in the end?