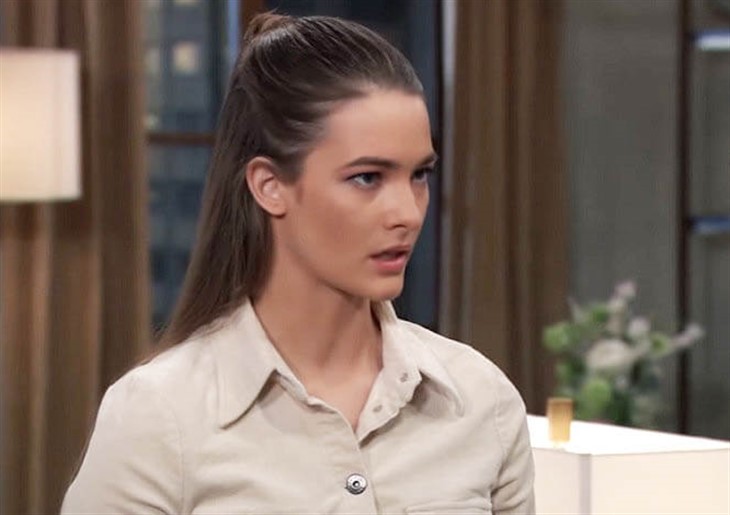 General Hospital (GH) spoilers reveal that Kevin Collins (Jon Lindstrom) revoked Esme Prince’s (Avery Kristen Pohl) Spring Ridge internship. That blocks Esme from having access to Ryan Chamberlain (Jon Lindstrom). Esme isn’t going to allow that and has a plan on how to get her access back. It includes Esme blackmailing Nikolas Cassadine (Marcus Coloma).

GH spoilers reveal that Esme and Ryan’s connection has remained hidden. Despite nearly getting caught on a few different occasions, Esme was always able to cover. The Spring Ridge internship enabled Esme to get easy access to Ryan.

Esme has always insisted that she focuses on Ryan because he’s a fascinating psychiatric case. Even though there have been some suspicions and doubts about Esme’s fixation on Ryan, nobody suspects it’s because they are father and daughter.

Esme was furious when she learned that Kevin revoked her Spring Ridge internship. Not only is the internship gone but Esme was also banned from visiting Ryan. The father and daughter are at the peak of their scheme, so this is a major complication for Esme.

Plus, she seems rather obsessed with getting Ryan’s approval. For someone like Esme, that equates to love, something she clearly has never experienced. The last thing that Esme wants is for her scheme to crumble. Esme also doesn’t want to keep disappointing Ryan, so that access is really important to making daddy proud.

General Hospital spoilers reveal that Esme has a plan on how to get access to Ryan back. Esme has been keeping Nikolas’ betrayal a secret. Even though Ryan wanted it exposed right away, Esme insisted on holding onto it until the perfect time.

Esme catches Nikolas and Ava Jerome Cassadine (Maura West) talking to Scott Baldwin (Kin Shriner) about their divorce. Nikolas tells Esme that they are getting divorced but are still very much together. So, Esme uses this to get access to Ryan back.

Esme blackmails Nikolas and threatens to expose their naughty afternoon of passion. If Nikolas wants it kept secret any longer, then he needs to reinstate her Spring Ridge internship. It is teased that Nikolas gives into Esme’s demand.

Coloma spoke to Soap Opera Digest about the blackmail story. The actor explained that Nikolas knows that Esme is dangerous and manipulative. However, that is also the Cassadine way.

So, it sounds like Nikolas will have a love/hate relationship with Esme. One part of Nikolas desperately wants to keep the betrayal from Ava. However, there is another part of Nikolas that seems drawn and perhaps even attracted to Esme’s naughty ways.