GH Spoilers: Ava Jerome Will Flirt With Victor Cassadine – But Is It An Act? 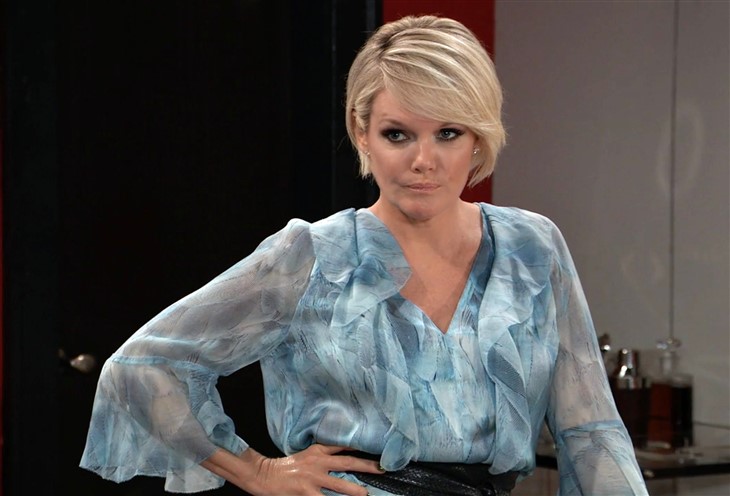 General Hospital (GH) spoilers tease that now that the threat of Peter August (Wes Ramsey) is over and done with, attention will turn to Victor Cassadine (Charles Shaughnessy). Several things have happened in the past few month such as Luke Spencer’s (Anthony Geary), the missing Ice Princess and the sudden heat wave that Port Charles is experiencing that have led Mayor Laura Collins (Genie Francis) to believe that Victor is planning something big. She has shared her concerns with her son Nikolas Cassadine (Marcus Coloma) and his wife Ava Jerome (Maura West).

Victor doesn’t seem to have any reservations about sleeping with married women. It was his affair with Helena Cassadine (Constance Towers) that produced Valentin Cassadine (James Patrick Stuart). Victor has seemingly made it a point to come between Nikolas and Ava whenever possible. While it’s possible that he’s just trying to get under Nikolas’ skin, Victor may have ulterior motives as well. Perhaps he wants to bed his nephew’s wife!

Ava and Nikolas are quite happy in their marriage. But that doesn’t mean that Ava is oblivious to Victor’s charms. Perhaps she and Nikolas will come up with a plan to find out exactly what Victor is up to. Nikolas won’t like watching Ava succumb to Victor’s advances, but she will likely assure her husband it’s all an act. They need to know what Victor has planned and Ava may be the best way to get to the bottom of Victor’s schemes. Perhaps they will loop Laura in on their plans.

Laura won’t want Ava to put herself at risk, but even she may not be able to deny that it’s the best way to find out what Victor is up to. So look for Ava to slowly start to seemingly enjoy Victor’s flirtation and may start flirting back! And while it may start out as an act, Ava might begin to fall for Victor’s charms, much to Nikolas’ chagrin. Nikolas and Ava have gone through quite a bit to get where they are now, he’s not going to let Victor take all of that away without a fight.

Will Ava pretend to enjoy Victor’s advances? Or could she really find herself falling for Victor? Will Nikolas fight for his love?Anything can happen in Port Charles so stay tuned to General Hospital airing weekdays on ABC. And don’t forget to check back right here regularly for all your General Hospital news, information and spoilers!

Days Of Our Lives (DOOL) Spoilers: Renee Falls For Xander, Can He Bring Sarah Back?