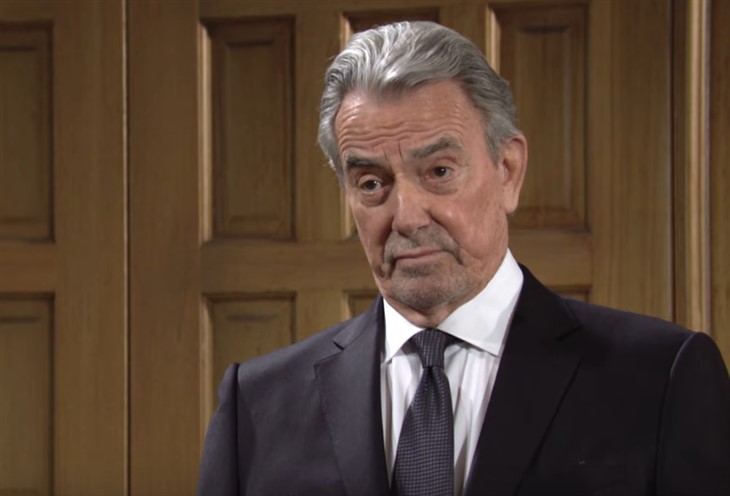 The Young and the Restless (Y&R) spoilers for Tuesday, June 28, 2022, reveal Victor feeling like he has the upper hand once again, but why?

The Young And The Restless Spoilers – What Is Victor Newman Up To?

Even when he seems defeated, The Great Victor Newman (Eric Braeden) will never look defeated. He always wants to seem 10 steps ahead in any game and he often is. Yes, he gave the Newman CEO job to Adam Newman (Mark Grossman) and a warning that he better do things right or he is on thin ice, but he also seems to have another plot in motion that involves Ashland Locke (Robert Newman).

In fact, he even seems to have a partner, but wh could it be? Might Nick Newman (Joshua Morrow) be helping him in ways we do not know? Does Nick know what is really going on with Victoria Locke Newman (Amelia Heinle) in New York? Is Victoria in on this plot too? So many questions and we are soon to get some answers. Who will have the last laugh in this battle of wills that has been going on for way too long?

Whatever is going on with Victor and Victoria, Adam seems to want to not even think about it or is at least oblivious to it because he finally has what he’s always wanted, along with a girlfriend to make things even better.

Adam and Sally Spectra (Courtney Hope) are on top of the world and think they will remain on top of the business world, so of course, they are ready to celebrate in style. Will this be on top of a desk or will they dress up and go out and at least end up in a bed?

Billy Abbott (Jason Thompson) thought he was finally getting the therapy he needed and becoming a success in business after his podcast in the middle of the night seemed to be a hit, but things also blew up for him at the Chancellor Winters launch party, as things tend to always do for this man.

It almost blew up Billy’s relationship with Lily Winters (Christel Khalil) once again, but she is oddly still by his side seeming to understand his forever man pain. Lily even suggests he take a little break and look for a new direction in life. This seems to be an annual thing for Billy. We hope he is at least still in therapy. Stay tuned to The Young and the Restless weekdays to see how these stories play out.