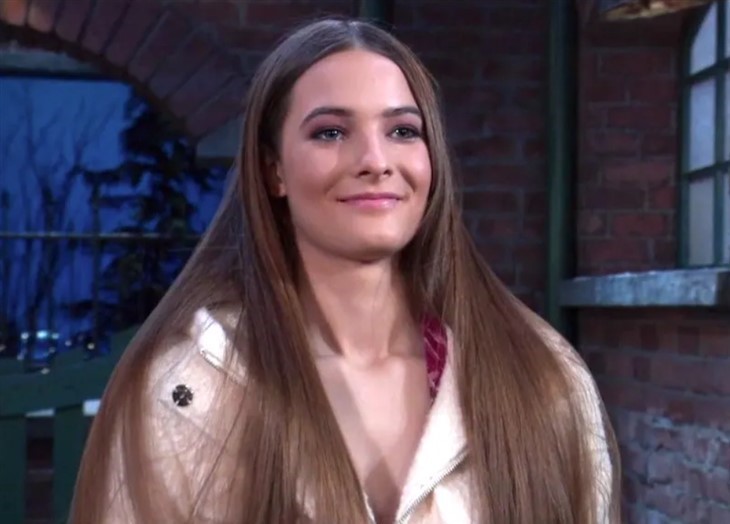 General Hospital (GH) spoilers reveal that Nikolas Cassadine (Marcus Coloma) always seems to ruin a good thing. Nikolas certainly did this when he slept with Esme Prince (Avery Kristen Pohl). However, Coloma explained that in a way, Esme “saved” Nikolas’ life on the day of the shocking betrayal. Find out what the actor had to say about the storyline.

GH spoilers reveal that fans expected Esme to seduce Nikolas. There were even theories about how Nikolas would end up sleeping with Esme. One popular speculation was that Esme would drug Nikolas.

When Nikolas and Esme slept together, it happened in an unexpected way. Instead of Esme making the first move, it was Nikolas. Granted, Esme saw an opportunity and seized it but Nikolas was the one who made the first move and didn’t stop even when he knew better.

Speaking to Soap Opera Digest, Coloma explained what was going through Nikolas’ mind when he betrayed both Ava Jerome Cassadine (Maura West) and Spencer Cassadine (Nicholas Alexander Chavez). The actor explained that Nikolas feels that no matter how hard he tries, he always messes things up.

When Esme came across Nikolas that day, he was drinking heavily. Nikolas had just returned from meeting Ava, which didn’t go well. Nikolas believed that the relationships with his wife and son couldn’t be repaired. Nikolas had a bit of an “end of life” mentality. When Nikolas engaged in passion with Esme, there was a disconnect.

“I genuinely think he was in the frame of mind that the world would be better off without him. And when Esme comes in, she kind of saves his life in a weird, twisted way. And because of that, there’s almost a euphoric, ‘I just survived death!’, where he’s disconnected from the world.”

“It’s a vicious cycle of self-sabotage, and I think he hates himself. All he talked about for years was his son, and he blows it. All he talks about is his love for Ava, and he finds a way to sabotage it.”

Even though it seems that Nikolas has destroyed any chance of forgiveness, soaps usually find a way to redeem characters. This could include Nikolas being front and center when Esme and Ryan Chamberlain (Jon Lindstrom) are finally exposed. Nikolas could become a huge part of taking down them both.

However, will that really be enough for Nikolas to be redeemed in Ava and Spencer’s eyes? We will have to keep watching to find out.