GH Spoilers: Esme Boils Over When She Catches Spencer Snooping 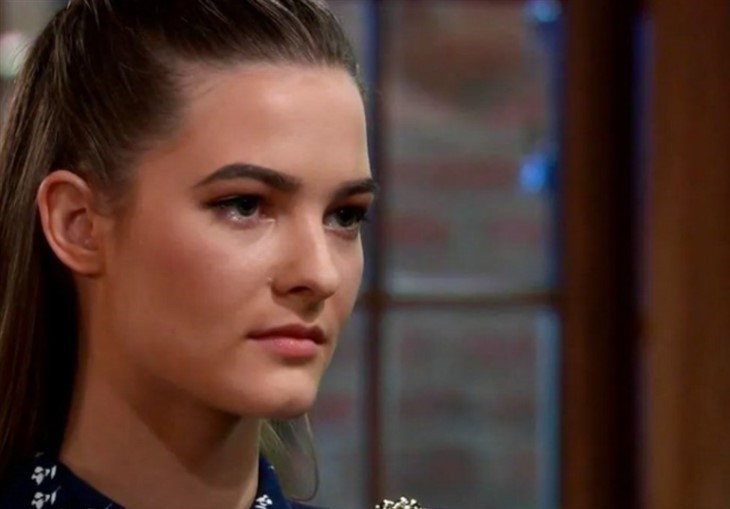 General Hospital (GH) spoilers and updates tease that Esme Prince (Avery Kristen Pohl) will boil over when she catches Spencer Cassadine (Nicholas Chavez) snooping in her room in an upcoming GH episode!

Jordan, and Trina’s attorney Scott Baldwin (Kin Shriner) need more evidence clearing Trina to exonerate her and that’s why Spencer’s snooping in Esme’s room! Spencer has taken it upon himself to get Trina exonerated!

Esme is still staying in a room at Wyndemere Castle for the time being, much to Ava Cassadine’s (Maura West) dismay; Nikolas Cassadine (Marcus Coloma) refused to evict her. Even with the much exaggerated threat from Sonny Corinthos (Maurice Benard) in the past, Esme still doesn’t have a job or a means of support. The room above Kelly’s would now be a bit awkward since Spencer isn’t working at Kelly’s any more, he’s working at the Jerome Gallery. Esme even snoops on him at the gallery, and caught he and Trina having a conversation she didn’t like when Ava wasn’t there recently. But she still interns at Spring Ridge – albeit without pay – so Spencer plots his surveillance for when she’s not home.

The anonymous tip line she called would have had a call log but Esme used a burner, or non-traceable phone which Jordan already checked out. The tip line is anonymous, but at the same time police departments who use them know sometimes perpetrators call to give the appearance of innocence so call logs are kept!

Esme comes home when she’s not expected and she catches Spencer red handed in the act of snooping in her room! She lurks for a minute when he doesn’t notice to see what all he is doing and what he is looking in before she makes herself known! And make herself known she does – she boils over and goes ballistic and wants to know what he’s doing snooping in her stuff! Spencer has to think quick to come up with a good cover story, although he had been in there for a while and didn’t find anything he could use. He tells her he saw a mouse run in her room and was trying to see where it went!