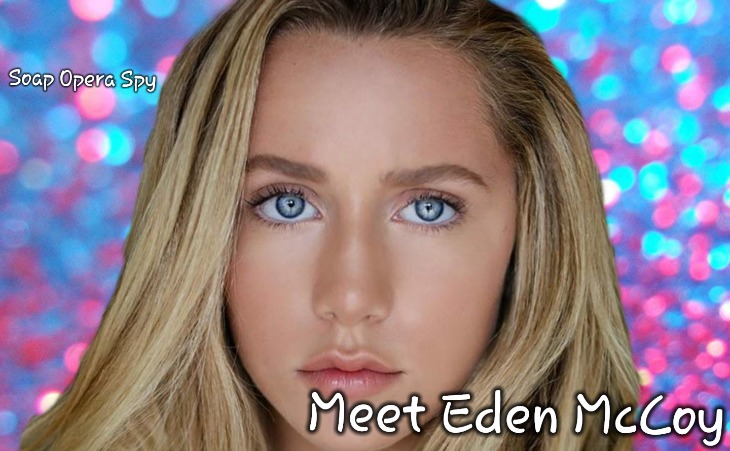 General Hospital’s (GH) Eden McCoy has recently been involved with more storylines on the show. So let’s take a minute to get know the girl behind the part of Josslyn Jacks.

Eden McCoy was born on June 10, 2003 in Los Angeles, California. Her first professional acting credit came in 2011 when she played in the drama film “Perfect Man.” She has also guest starred on some shows on Nickelodeon including Thundermans and Game Shakers.

It was in 2016 when she came on and took over the part of Josslyn Jacks on General Hospital. She was the sixth actress to portray the part. She has done a very awesome job at taking over the part and now we get to see her as a rebelling teen. This should spark some interest for the younger viewers. You can expect to see a lot more of her on your screen.

Eden McCoy plays the daughter of Carly Corinthos (Laura Wright) on the show and is not at all happy in her mom’s choices of men. So we will see her acting out on account that. She is a teenager who is just coming into her own and is struggling with the fact that she comes from a broken home. She blames Sonny (Maurice Benard) for not being able to see her dad. Also for her mom and dad no longer being together, and this will cause her to act out.

Here are some interesting facts about Eden McCoy. She plays competitive beach volleyball and if she could pick any place to be it would be on a tropical beach. She has an obsession with dogs, she absolutely loves all dogs! Pasta is her favorite food and she loves scary movies. The scarier the better! This is just a few interesting facts about the girl behind the role of Josslyn. So hopefully, this helps you all get a better idea of who she is outside of the daytime soaps. As always stay tuned to Soap Opera Spy for all your latest soap news, updates, spoilers, and much more.