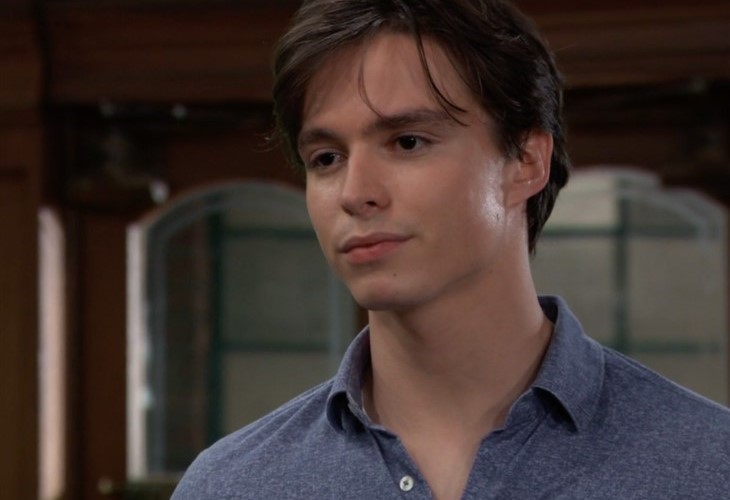 General Hospital (GH) spoilers for May sweeps reveal that Spencer Cassadine (Nicholas Alexander Chavez) has good intentions. However, time is not on his side. Trina Robinson (Tabyana Ali) is facing criminal charges and her trial is coming up. In addition, Esme Prince (Avery Kristen Pohl) could use Spencer’s patience to further her agenda.

GH spoilers reveal that Trina is running out of time. Even though pretty much everyone knows Trina was set up, she will still have to prove her innocence. The case is causing a lot of division among characters who were previously civil. However, May sweeps is just kicking off, which means there will be more twists in this storyline.

Spencer seems to think that he has a plan that could help save Trina. Spencer did share his plan with Cameron Webber (William Lipton). Even though Cameron has kept it to himself, it’s getting harder for him to do that.

“Spencer is making a huge sacrifice in hopes of luring Esme into revealing her true face, but the longer it takes him to successfully execute this plan, the more time Esme has to outmaneuver him, and the more time Trina has to develop relationships elsewhere.”

General Hospital spoilers for May sweeps reveal that there are implications for other characters. Keeping Spencer’s secret will have an impact on Cameron’s relationship with Josslyn Jacks (Eden McCoy).

Cameron should just tell Josslyn what’s really going on. However, Cameron is torn between confessing and doing what Spencer is asking. When the truth comes out, will it be too late for Cameron and Josslyn?

It is teased that this storyline will go through a lot more twists and turns before it’s resolved. The situation with Trina and Esme is already dividing Nikolas Cassadine (Marcus Coloma) and Ava Jerome Cassadine (Maura West). The co-head writers teased that the cracks were already in the couple’s foundation. Esme simply noticed those cracks and took advantage of the opening.

“The situation with Trina and Esme has exposed that there are cracks in the foundation of this marriage. As Esme is taking her plan to the next level, they will be quite susceptible to her manipulations.”

What do you think is going to happen with Trina, Spencer, and Esme? What does the future hold for Ava, Nikolas, Cameron, and Josslyn? Share your thoughts and remember to keep watching the ABC soap to see what happens next.

Days Of Our Lives Spoilers: Abigail Has Huge News For Jennifer

Who Plays Paris On The Bold And The Beautiful?