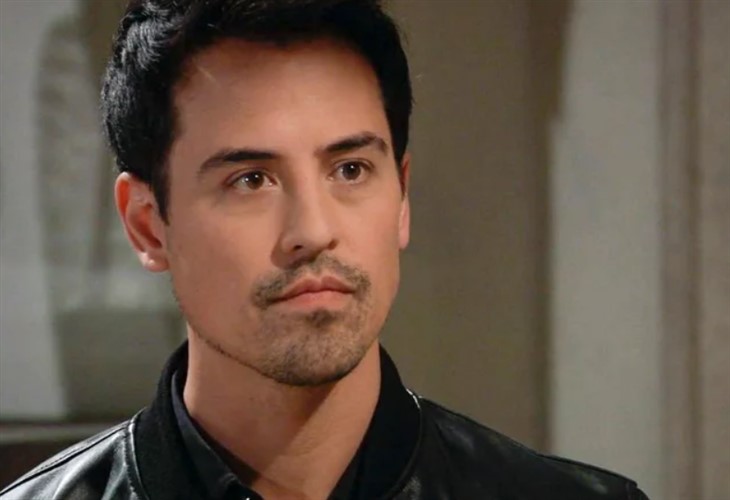 Esme’s bad dad Ryan Chamberlain (Jon Lindstrom) is not pleased with her snail’s pace in breaking up Nava and pressures her to do more. When Nik is passed out drunk the young minx makes her move.

Explosive show spoilers tease that during the week of May 16-20, Esme is not pleased with her own beau, Nikolas’ son, Spencer Cassadine (Nicholas Chavez). After her setback with Spencer, she’ll pull a fast one on the father and, like a spider, pull him further into her web of deceit. What is this all about? Sex has been huge for the teens Spencer and Esme. Esme rubbed this fact in her rivals’ faces: Cameron Webber (William Lipton), Trina Robinson (Tabyana Ali), and Josslyn Jacks (Eden McCoy). Ew.

But Spencer is on to her manipulations and doesn’t want much to do with her, so is pushing Esme away just like Ava’s doing to Nikolas. Will Esme really go there? Does an eagle fly high?

Esme may spill her problems to Nikolas, and then push Ava’s buttons leading to Ava taking her anger out on Nikolas. We can tell you that during the week of May 23-27 Nikolas clashes with Ava again and the thought of divorce could enter the picture.

General Hospital spoilers: Will Nava Divorce And Stay That Way?

At the very least, Nikolas cozies up to the liquor and then Esme plies him with more. In a drunken haze Nikolas could get confused, with one thing leading to another. Not that they would actually go there in flagrante but Esme has lots of tricks in her bag shall we say. Here’s what could happen.

Nikolas might get so drunk that he doesn’t remember anything and Esme could get in his bed and claim the worst thing possible happened. Or—the she-devil could actually sleep with her future FIL and bust up Nikolas and Ava into eternity. Either way, Esme and Nikolas are on a drunken collision course and Esme is pulling out all the stops to make her dad, and herself, happy.