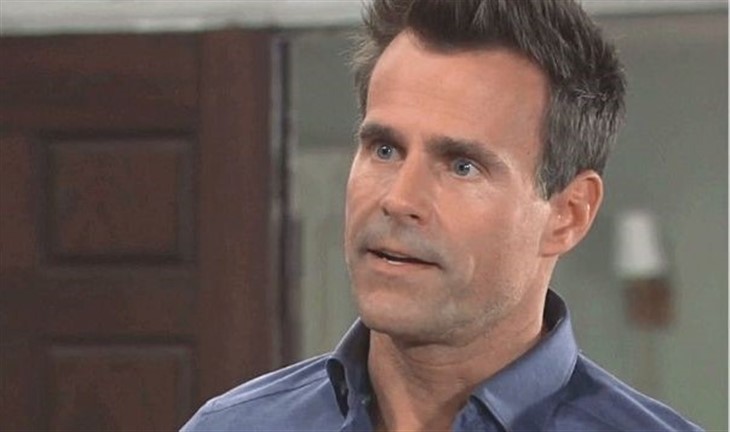 General Hospital (GH) spoilers tease, Drew Cain (Cameron Mathison) was eager to help Willow Tait (Katelyn MacMullen) in any way he could when she told him she was going to start looking for her birth parents. Drew has been through this journey himself and he knows how special it was for him to find the Quartermaine family. He wants to bring that same joy to Willow’s life and has no idea she’s looking for anything more serious than knowing where she came from.

While the search for a bone marrow donor might have pulled in even more interested parties, Drew’s current story being promoted by Aurora Media is that of a young girl names Kali Miller (Willow’s former name) who was taken from her birth parents and raised on a commune in Colorado by Harmony Miller (Inga Cadranel). Surprisingly, the story is going to lure in someone quite close to home.

When the story goes viral, Drew is expecting to hear from people all over the place — especially since the Colorado commune disbanded years ago and was scattered to the winds. So when someone contacts him about who is also in Port Charles, the irony won’t be lost on him. That’s just the beginning though. Phyllis Caulfield (Joyce Guy) can’t believe how many similarities exist between Willow’s story and Nina’s. Could it all be a coincidence?

Phyllis isn’t going to want to risk upsetting anyone, so she won’t go straight to Willow with her suspicions. She’s also not going to run to Nina with them, because she knows how contentious Nina’s relationship — or lack thereof — is with Willow and Michael Corinthos (Chad Duell).

Instead, she’ll do what anyone would and will reach out to Drew at Aurora. Will she choose to do so in a manner that allows her to remain anonymous, or will she sit down with him at Charlie’s and honestly tell him what she knows? When Phyllis leaves a few clues with Drew that point him in Nina’s direction, he’s quickly going to put two and two together and realize Carly Spencer (Laura Wright) lied to him. Now what?

It might take Drew a day or two to make peace with knowing Carly lied to him. He’s not sure where to take his relationship with her now knowing she’s been comfortable with having this lie between them this whole time. Carly doesn’t see it that way though. Yes, she lied, but she did it so he didn’t have to be burdened with the truth. Is Carly lying to him again, or is she just lying to herself? Clearly, she didn’t want Nina to know the truth, and she took matters into her own hands to make sure it wouldn’t happen. Will Drew help her keep it that way? Keep checking back with us for more General Hospital news and spoilers!