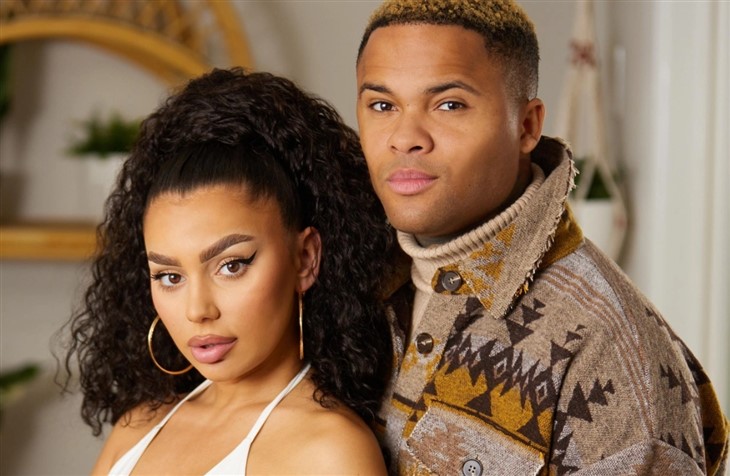 90 Day Fiancé spoilers, news, and updates tease that Jibri and Miona happily shared some captured moments during their first anniversary.

Jibri and Miona debuted in the TLC show when they met during one of Jibri’s performances in Serbia together with his band, Black Serbs. Miona fell in love with the musician, and since then, the two began dating and got engaged soon after. When Miona finally had her K-1 visa to the US, she expected them to live in Los Angeles.

However, their plans haven’t been realized due to financial issues and they both ended up living with Jibri’s parents. Problems arose when Jibri’s parents, especially his mom, turned out to be Miona’s critics. Jibri even got some issues with his band when he spent more time with his fiancée than dealing with his music career. Despite their relationship issues, the two still got hitched and now reside in California.

Previously, Jibri updated his followers regarding Miona’s online business. Jibri posted a video of Miona playing with her pup while packing her products. The supportive husband captioned the post: “My wife has been working for 10 hours straight.” He also mentioned that Miona was preparing to ship her products all over the world. “She hasn’t taken one day off in the last 3 months!” Jibri added.

Miona made use of her fame and started a brand of her own named Miona Beauty. She sells ponytail extensions and makeup brushes to her fans both locally and internationally. Meanwhile, when Miona launch her online business, she immediately made around $20k in one week. She expressed gratitude to her fans for their endless support, especially when they upload photos or videos of them using the products she’s selling.

In one of their recent posts on social media, the couple smiled at the camera with their cars in the background. “Our first year of marriage! We MADE IT!!!!” Miona wrote in the caption. She also thanked their followers for their endless love and support. In the comment section, Jibri thanked his wife for always pushing him to be better.

However, some TLC viewers can’t believe that Miona could earn a huge amount of money when she gifted her husband with a new car after she purchased one on her own. An avid viewer took a screenshot of their Instagram post, and wrote: “How much fake hair has Miona actually sold?” Then, someone sarcastically responded, “Enough to rent one.”