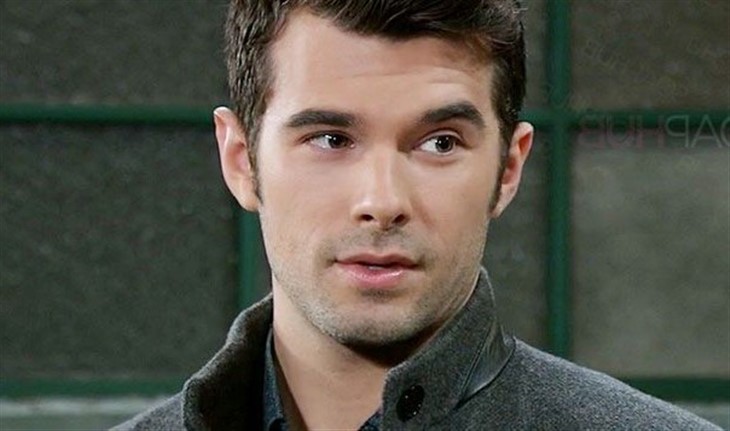 General Hospital spoilers reveals Harrison Chase (Josh Swickard) is reeling from the news that he could have been back on th PCPD police force months ago had Brook Lynn Quartermaine (Amanda Setton) merely penned the letter of recommendation Dante Falconeri (Dominic Zamprogna) asked her for. But, she didn’t. What kind of girlfriend sabotages her man’s career right out from under his feet? The kind who has her own agenda in the music industry and has to ride her guy’s coattails to reach her goals.

Chase can’t believe Brook Lynn would do this to him, and he doesn’t know where to turn for advice. Then, he bumps into his old friend, Sasha Gilmore Corbin (Sofia Mattsson). Sasha has had her own fair share of heartbreak recently. Of course, being wronged by one’s girlfriend doesn’t compare to losing a husband and child, but Sasha is going to welcome the distraction of what seems like Chase’s very normal problems.

When Sasha and Chase sit down together to catch up, she’s going to notice he’s overwhelmed by his feelings. How might Sasha help Chase calm down? Will the tragedies she’s endured offer him some perspective, or might she tell him not to discount how he feels just because Brook Lynn hasn’t died? How is Chase supposed to feel about B.Q. dissing the PCPD on his behalf and acting like he isn’t ready to come back to work? How can he possibly stay in this relationship or keep working with Brook Lynn on his music if this is how she operates?

Once upon a time, General Hospital spoilers show Chase and Sasha pretended to be hooking up just to fool Willow Tait (Katelyn MacMullen) and Michael Corinthos (Chad Duell) into breaking up with them. They knew that would be the best way to get Willow and Michael to couple up for Wiley Corinthos’ (Viron Weaver) as Michael prepared to battle Nelle Benson-Jerome (Chloe Lanier) for full custody of Wiley.

Their plan worked, and eventually they revealed to Willow and Michael that they never actually cheated on them. It was all a ruse. Of course, that doesn’t mean the future isn’t ripe with possibilities for Chase and Sasha. They have a history, and they are friends. In fact, they just might take a walk down memory lane when they bump into one another. Is the end of Chase and Brook Lynn actually the beginning of Chase and Sasha, take two?

Stay tuned for more General Hospital news, updates, and spoilers just ahead to find out.