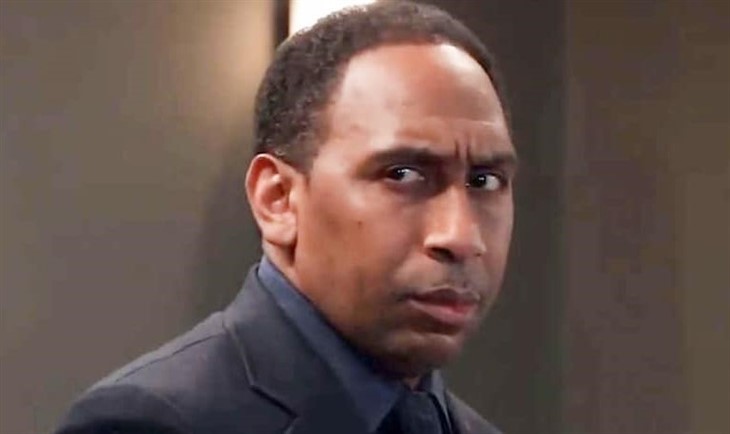 General Hospital spoilers reveals when Brick (Stephen A. Smith) got a call from Carly Spencer (Laura Wright) asking for a favor, he was happy to oblige. Brick didn’t need details. He trusts Carly and knows she wouldn’t ask if it was going to compromise him in some way. Carly, on the other hand, thinks what Brick doesn’t know won’t hurt him. So what if the antibiotics were for Sonny Corinthos’ (Maurice Benard) associate, Dex Heller (Evan Hofer) — does it matter? When Brick realizes the truth about who Carly was helping, he knows it would matter to Sonny if Carly knew Dex at all.

When Sonny requests some kind of proof for how bad off Dex was, the henchman will reveal the gunshot wound to his abdomen that Josslyn ‘Joss’ Jacks (Eden McCoy) stitched up. Sonny will tell Dex he should know from now on to come straight to Sonny if he is injured so that Sonny can make sure he receives healthcare if needed, and he’ll ask Dex what he would have done if his wound got infected. That’s when Dex will pull out the antibiotics he’s taking in front of Brick, and everything will fall into place for Brick in a way he will wish it didn’t.

Sonny wanted to know why Carly met with him, but Brick stayed true to his word and wouldn’t divulge that information out of respect for Carly. The tables have turned now though, and Brick owes it to Sonny to be transparent about what he knows if Carly has somehow become involved with someone who is in Sonny’s hire. When Brick tells Sonny he believes the person Carly needed antibiotics for was Dex, he’s going to balk at first and question why Carly would have anything to do with a guy Dex’s age.

Sonny has been friends with Brick for a long time. He doesn’t want to think Brick would play both sides, but it seems like he could be. Why didn’t he tell Sonny what Carly wanted in the first place, and is he only telling him now because he’s worried Sonny is going to find out as he keeps putting the screws to Dex? Speaking of Dex, he’s going to find himself in big trouble with Sonny if he doesn’t come up with a better story to account for his whereabouts after spending days in Joss’ bed of all places.

When Carly hears from Brick that Sonny is about to do Dex in if he doesn’t confess to his involvement with Carly, she’s going to book it to Sonny’s office in hopes of calming things down. Will Carly be able to pump the brakes on Sonny’s plan, or will she have to call in reinforcements known as Joss? Stay tuned for more General Hospital news and spoilers just ahead.