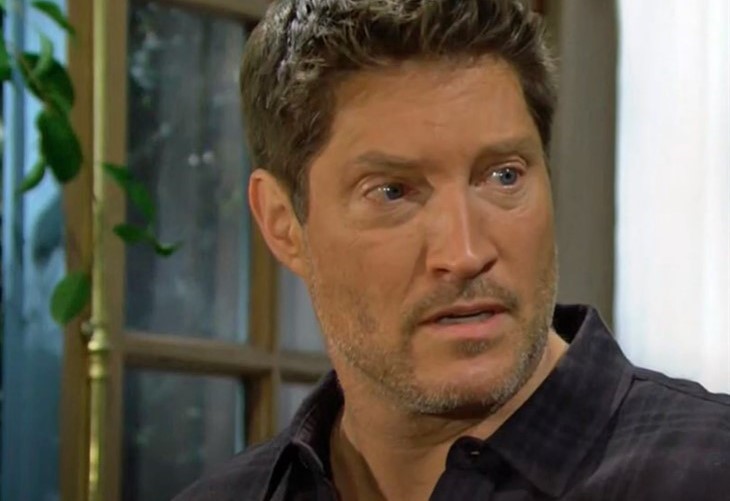 The Bold and the Beautiful spoilers document that Deacon Sharpe’s (Sean Kanan) persistence has significant implications. Brooke Logan Forrester (Katherine Kelly Lang) is not getting through to Hope Spencer’s (Annika Noelle) father, who will not take no for an answer.

Brooke’s deep concern is that Ridge Forrester (Thorsten Kaye) will learn that she has been lying to him about what happened on New Year’s Eve. She and Deacon shared a kiss on that fateful night after drinking to excess and then woke up the next morning together, as though nothing happened.

Ridge is concerned for Brooke. But he has no concerns about her truthfulness.  Kaye’s character thinks that Brooke’s break with sobriety is the reason why she remains fragile. He was there when Brooke reaffirmed at the Alcoholics Anonymous meeting that she drank alone at the mansion after her daughter, son-in-law, and grandchildren left.

Love exists between Ridge and Brooke. It is why they have so often found their way back to each other after numerous fractures in their relationship, which has never truly broken regardless of their marital status.

Brooke is pleading with Deacon at this point in the plot. She told him that Ridge would leave her if he learns about Deacon’s connection to the night in question.

That admission reinforces the power Deacon holds. But if he went to Ridge and told him what happened, then Brooke would be outraged and hold him directly responsible for ending her latest marriage to Ridge.

She remains off-center because Brooke knows just how tenuous her link to Ridge is at this moment in the plot. And there is the overpowering mystery regarding why she felt so compelled to drink after intentionally choosing to have non-alcoholic champagne.

Deacon is overjoyed to have established a strong bond with his daughter. Being in touch with Hope and Beth Spencer (Madeline Valdez and River Davidson) is the realization of all Deacon hoped when he was exchanging letters with Noelle’s character while he was in jail.

Deacon can not let go of his feelings for Brooke and now believes that he has proof that their connection is alive. But he can not act on his feelings because doing so would impact their daughter’s life and Hope’s trust in him. And, as importantly, Brooke is wearing Ridge’s ring.

However, this storyline seems to be inevitably leading to a full reveal, or a slow drip series of exposures, where bits and pieces of the truth are learned by various characters until Brooke’s world collapses.