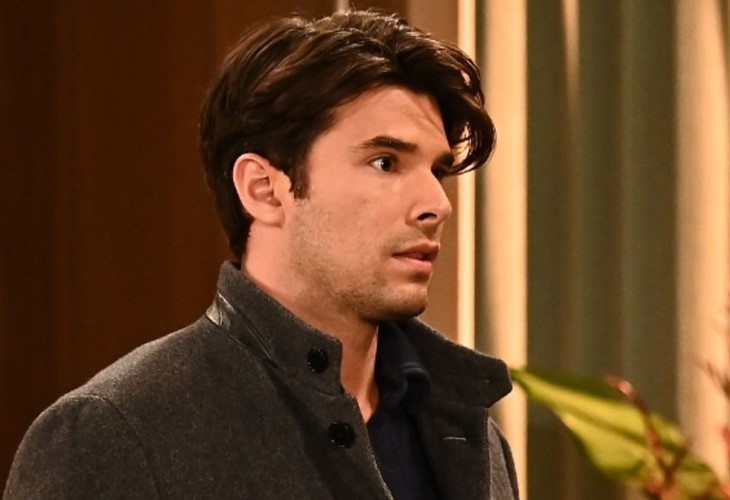 General Hospital (GH) spoilers tease that Linc Brown (Dan Buran) is once again causing trouble for Brook Lynn Quartermaine (Amanda Setton). Unfortunately for Linc, he may be about to meet an untimely end. As viewers know, Linc was Brook Lynn’s manager and it wasn’t a good situation at all. Linc refused to give Brook Lynn studio time unless she agreed to sleep with him. At the time, Brook Lynn was still pursuing a singing career, but that was before Nelle Benson (Chloe Lanier) slit her throat and ended her career. But as Harrison Chase (Josh Swickard) pointed out, Brook Lynn could still pursue a career as a songwriter!

Even though Brook Lynn thought she was finally free from Linc’s control, he has recently resurfaced. And now he claims that he owns any of the songs that Brook Lynn wrote during the time Linc was her manager. Brook Lynn admitted it was possible that Linc is right as she didn’t necessarily pay attention to the small print on her contract with him. But Linc previously agreed to let Brook Lynn out of her contract in exchange for her ELQ shares, so his claim may not be as solid as he claims.

Chase has been suspended from the police force for the last six months because he punched Valentin Cassadine (James Patrick Stuart) for disrespecting Brook Lynn. So, if Linc turns up dead, Chase may be back on the force and have to investigate in an official capacity. And if Linc’s claim on Brook Lynn’s songs is valid, it would give Brook Lynn a strong motive for murder.

Of course, Brook Lynn will be innocent of murdering Linc, even as the evidence piles up against her. Chase may have to balance his growing feelings for Brook Lynn with the investigation into Linc’s death. But Linc has other connections in Port Charles, so look for his investigation to include Valentin and possibly even Curtis Ashford (Donnell Turner). Linc and Curtis had a bit of business in regards to the live entertainment at the Savoy. But Curtis isn’t a murderer either, so Chase may turn his attention right back to Valentin. This will be tricky because Valentin was responsible for Chase’s suspension in the first place!

Are Linc’s days numbered? Will Brook Lynn murder Linc to get out from under his control? Will Chase be forced to arrest Brook Lynn? Anything can happen in Port Charles so stay tuned to General Hospital airing weekdays on ABC. And don’t forget to check back right here regularly for all your General Hospital news, information, and spoilers!