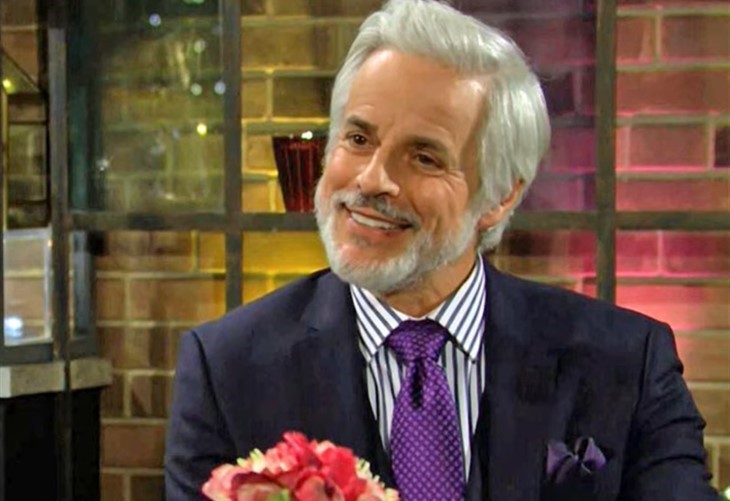 The Young and the Restless (Y&R) spoilers document that Michael Baldwin (Christian Le Blanc) is allowing his feelings overwhelm logic and common sense. It is not rational to pursue a vendetta against Ashland Locke (Robert Newman).

Lauren Fenmore Baldwin’s (Tracey Bregman) opinion should overrule Michael’s take on continuing to work for Victor Newman (Eric Braeden). But her husband seems inclined to continue to put himself at risk in Genoa City, Wisconsin.

Ashland pretended he had nothing to do with Michael’s abduction in Peru. Viewers know that is not true, as Newman’s character was on the phone with his minions, ordering them to handle the situation.

Victor sent Michael to that particular South American country because Ashland claimed to have found an experimental cancer treatment. He also claimed that receiving it caused his terminal illness to have been defeated.

Michael spoke with several doctors from the clinic who refuted Ashland’s story. That necessitated Michael’s kidnapping in Ashland’s mind.

Michael told Lauren he wanted to spend time with his wife in what are their later years. So, he opted to leave his District Attorney’s post.

Devoted viewers recall that Michael swooped in and took that position after encouraging Christine Williams (Lauralee Bell) to retire. She also wanted to spend more time with her spouse, Paul Williams (Doug Davidson), and pursue other interests.

Rather than follow through on his promise to Lauren, Michael immediately took what he thought would be a freelance job for Victor. It proved disastrous, as her worst fears were realized.

Lauren was not sure if he was dead during the kidnapping period. Michael made another promise to his wife that danger was not an option moving forward. But she knows that anything involving the Moustache and now, Ashland will not allow her to have peace of mind.

The Young And The Restless Spoilers – Victor Newman Disregards Morality

For Victor, the end has almost always justified the means. He often used Michael as his fixer in the past and pitched the reunion idea during what was supposed to be the start of retirement.

A global conglomerate the size of Newman Enterprises, which has nearly doubled due to the absorption of the Locke Communications Group, needs certain specialized skills. So, tapping the mind and talent of Michael is something that benefits Victor.

Hopefully, Michael does not jeopardize his longtime marriage to the love of his life. Lauren deserves his respect, with any Victor related entanglements continuing to create trouble.