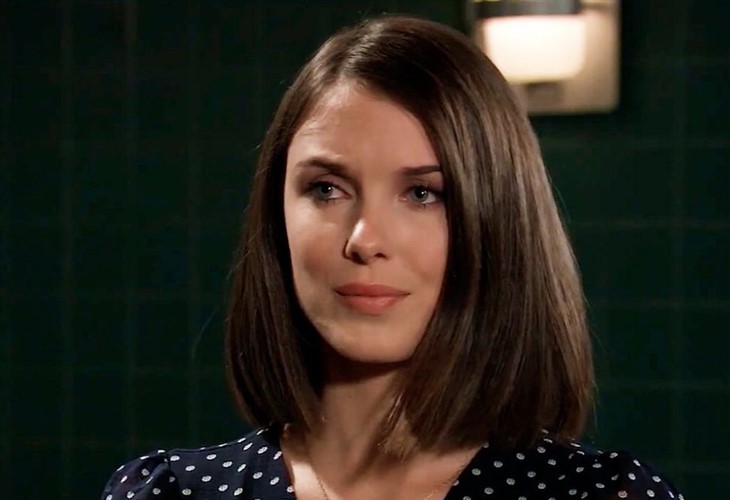 According to GH recaps and spoilers, Nina is Wiley’s grandmother by way of Nelle Benson (Chloe Lanier), who is now deceased. Michael and Willow believe that if Nina has access to Wiley, it will lead to nothing but trouble!

Willow’s mother, Harmony Miller (Inga Cadranel) revealed to Carly Corinthos (Laura Wright) that Harmony is not Willow’s biological mother! Even more shocking is that Nelle and Willow were twins and that Nina was their real mother!

This will certainly shake up Willow’s already complicated life! She and Nina don’t get along on the best of days and they never have ever since they met. On top of that, Willow is working to finish nursing school. So, her plate is quite full! But Carly has opted to keep the truth about Willow and Nina from both of them!

Even more concerning is the fact that Willow hasn’t been in the best of health in recent weeks. She passed out while at General Hospital several weeks ago. That was attributed to poor eating habits and stress, but it seems quite likely that there is more going on than meets the eye. Willow and Michael recently also had a passionate lovemaking session, so Willow may very well end up pregnant. But this could be life-threatening if she really does have other medical issues just under the surface!

If Willow is indeed pregnant, it could complicate any potential health issues that Willow may already have. There is every likelihood that Willow will need a transfusion or possibly even a transplant from a blood relative. This would force Carly to reveal the secret she’s keeping about Willow and Nina. But unfortunately, Willow may not be able to carry the baby to term if her health issues take precedence. But can Michael make the choice between saving Willow or her baby? Or will it be Nina who has to make that decision once she is revealed to be Willow’s only living blood relative?

Is Willow pregnant? Does she also have underlying health issues that could impact her pregnancy? Will Nina have to step in to save Willow, even though they hate each other right now? Anything can happen in Port Charles so stay tuned to General Hospital airing weekdays on ABC. And don’t forget to check back right here regularly for all your General Hospital news, information, and spoilers!