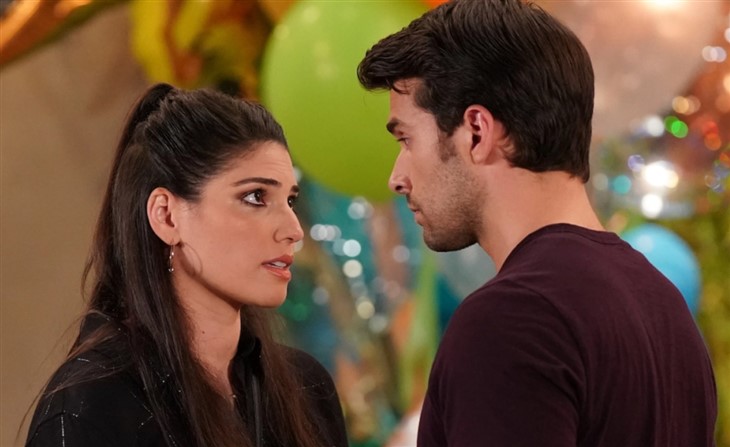 General Hospital (GH) spoilers tease, Harrison Chase (Josh Swickard) and Brook Lynn Quartermaine (Amanda Setton) aren’t on the best of terms. In fact, they may not even remain on speaking terms. Since BLQ kept the truth from Chase about the possibility of him being reinstated on the PCPD police force, and her decision to stand in his way of it, they’ve been on the outs.

Chase thought he could sit by and let BLQ come to him in her own time about it, but the longer he thought about why she hadn’t written that letter already, the more his blood started to boil. This whole time, he thought he was in a relationship where BLQ wanted him to be happy, even if he didn’t want the same things she did. It turns out, that wasn’t true. However, nothing is going to confuse Chase more than when he sees Brook Lynn praising Linc Brown (Dan Buran). Will he be concerned enough to be roped back into helping her — again?

Brook Lynn is going to be reeling when Chase walks out on her. Not only did she just lose the love of her life, but she’s fearful her career walked out with him. Brook Lynn’s last stab at making it in the music industry ended when Nelle Benson-Jerome (Chloe Lanier) slashed her vocal chords and rendered her musically challenged forever. However, BLQ can still discern what makes good music, and she knows PR like the back of her hand. Let’s just say she gets it honest. So she tried her hand at being an agent, and she took to it like a natural. The only problem was Chase never wanted to be her musical talent; he only did it for her. Now, she’s got no talent, and she needs to ink that deal with Linc before he finds out and rescinds his offer.

When Chase gets wind of Brook Lynn boasting about how amazing Linc was as an agent and how he helped her career soar, his head is going to spin. He won’t be able to make any logical sense of this. BLQ hates Linc, and he didn’t think she would ever stoop to his level, but clearly there has been some kind of negotiation between them that she never mentioned to Chase. That part won’t surprise him.

Knowing Brook Lynn has fallen so quickly back into Linc’s clutches is going to weigh heavily on Chase. He isn’t sure how he feels about seeing BLQ anymore knowing she’s been lying to him for weeks about something so pivotal in his career and life. He only got into this mess with Linc and the music business to benefit Brook Lynn, and knowing she couldn’t bother to write a letter to help support him in the same way has him feeling bitter and resentful. Will Chase think it’s his duty to jump back into the same mess and help rescue Brook Lynn from Linc, or is it time for her to save herself? Stay tuned for more General Hospital news, updates, and spoilers to find out.

Days Of Our Lives Spoilers: Furtive Glances At The Salem PD-Is Trask Taking Bribes From Sloan?