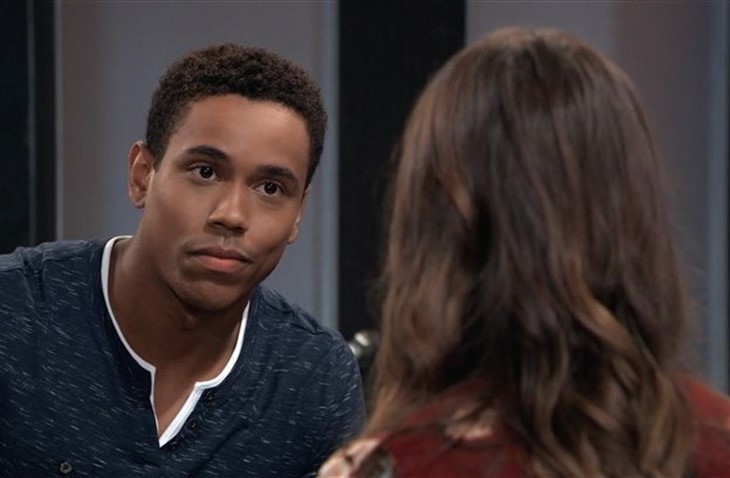 General Hospital (GH) spoilers tease that Marshall Ashford (Roger Gossett) didn’t get the reception he hoped for when he showed up in Port Charles decades after letting his family believe he was dead. His son Curtis Ashford (Donnell Turner) was only three when he was told his father was dead so he lived almost his entire life without him. Curtis had many questions about why his father felt that he needed to leave his family. Marshall was reluctant to give any information and let Curtis believe that he had been in witness protection the whole time. But even though Curtis has been reluctant to bond with his father, TJ Ashford (Tajh Bellow) has been more open to the possibility.

General Hospital Spoilers – Curtis Ashford Is Worried That Marshall Ashford’s Past Is Dangerous To His Family!

Curtis was frustrated when Marshall wouldn’t give any details about his past. If Marshall had been in witness protection, Curtis was concerned that Marshall had enemies who could threaten Curtis and his family. He tried asking his ex-wife, Jordan Ashford (Tanisha Harper) to use her position as Police Commissioner to get access to Marshall’s sealed files. Jordan refused so Curtis turned to mobster Selina Wu (Lydia Look). Selina provided the file on Marshall and Curtis agreed to let Selina run her high-stakes poker games in the back room of the Savoy.

Curtis confronted Marshall with the fact that he had never been in witness protection. But Marshall became angry that Curtis wouldn’t leave it alone. He realized that as long as he was in Port Charles, Curtis wouldn’t stop looking into Marshall’s history so he left town. TJ was upset that Marshall was gone because he wanted to get to know his grandfather. With Jordan’s help, TJ found a lead to Marshall’s current whereabouts. So TJ and his domestic partner Molly Lansing-Davis (Haley Pulos) are on the hunt. TJ is hoping to find Marshall and convince him to come back to Port Charles. Their trip may lead to unexpected surprises but in the end, look for Marshall to return with them. Curtis and Marshall need to resolve their conflict once and for all, but whether or not that happens is anyone’s guess.

Did Curtis do the right thing by looking into Marshall’s past? Why did Marshall stay away from his family for so long? Can TJ convince Marshall to come back to Port Charles? Anything can happen in Port Charles so stay tuned to General Hospital airing weekdays on ABC. And don’t forget to check back right here regularly for all your General Hospital news, information, and spoilers!